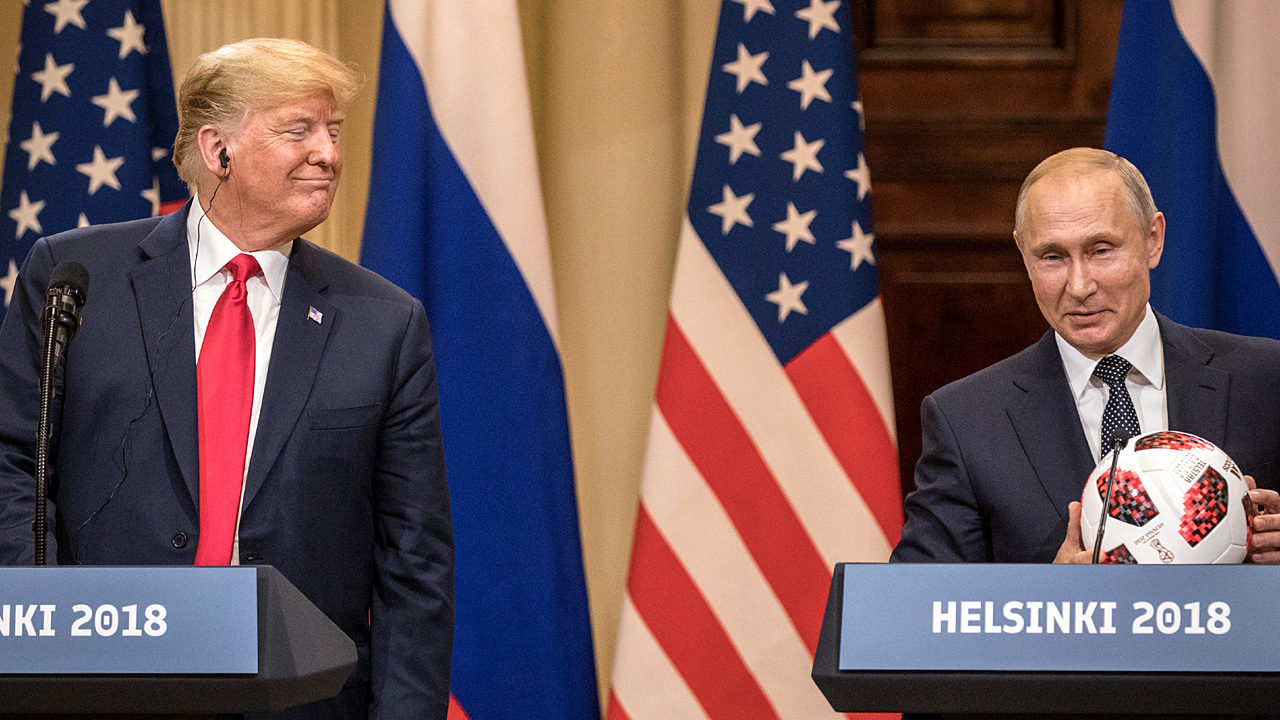 It is often said by the lying fake news media that US President Donald Trump is in the back pocket of Russian President Vladimir Putin. Although both men are confirmed Chad He-Men pussy grabbers with similar strategic goals in certain respects, they are not aligned on many issues including foreign policy relating to Venezuela.

Putin is tight with anti-American Venezuelan dictator Nicolas Maduro, who is on the brink of being ejected by a popular revolution of the people. Putin wants Maduro to remain in power due to deals the two men have made, and the Russian strongman hopes to use his influence to keep the US out of the situation entirely.

“We consider that would be a catastrophic scenario that would shake the foundations of the development model which we see in Latin America,” Russia’s Deputy Foreign Minister Sergei Ryabkov said.

“Venezuela is friendly to us and is our strategic partner,” he added. “We have supported them and will support them.”

Russia Today is pushing constant propaganda on behalf of the Maduro regime as well:

However, Trump is not going along with the Russian program. He stands for freedom in Venezuela and is supporting a new regime led by Western-educated dissident Juan Guaido that is emerging in the beleaguered nation to remedy the socialist disaster.

“The United States does not consider former president Nicolas Maduro to have the legal authority to break diplomatic relations with the United States or to declare our diplomats persona non grata,” the US State Department recently announced.

The Trump administration is also calling out Putin directly for his support of tyranny in Venezuela:

#Russia's government has sent bombers halfway around the world to #Venezuela. The Russian and Venezuelan people should see this for what it is: two corrupt governments squandering public funds, and squelching liberty and freedom while their people suffer. pic.twitter.com/bCBGbGtaHT

rump has personally recognized Guaido as the new leader joining other nations such as Argentina, Brazil, Canada, Colombia, Ecuador and Peru in recognizing the new government.

“We encourage other Western Hemisphere governments to recognize National Assembly President Guaido as the interim president of Venezuela, and we will work constructively with them in support of his efforts to restore constitutional legitimacy,” Trump said. “We continue to hold the illegitimate Maduro regime directly responsible for any threats it may pose to the safety of the Venezuelan people.”

The 35-year-old freedom fighter was sworn into office officially yesterday as the long nightmare that is the collapse of Venezuelan socialism may finally be coming to an end.

“I swear to formally assume the powers of the national executive as interim president of Venezuela to achieve the end of the usurpation,” Guaido said.

Don’t expect the fake news to give Trump much credit for countering Putin’s global thuggery in the South America. After all, many of these fake news hacks celebrated Maduro and his predecessor Hugo Chavez for reducing inequality in Venezuela as recently as a few years back. These shameless propaganda producers are truly the enemies of the people!