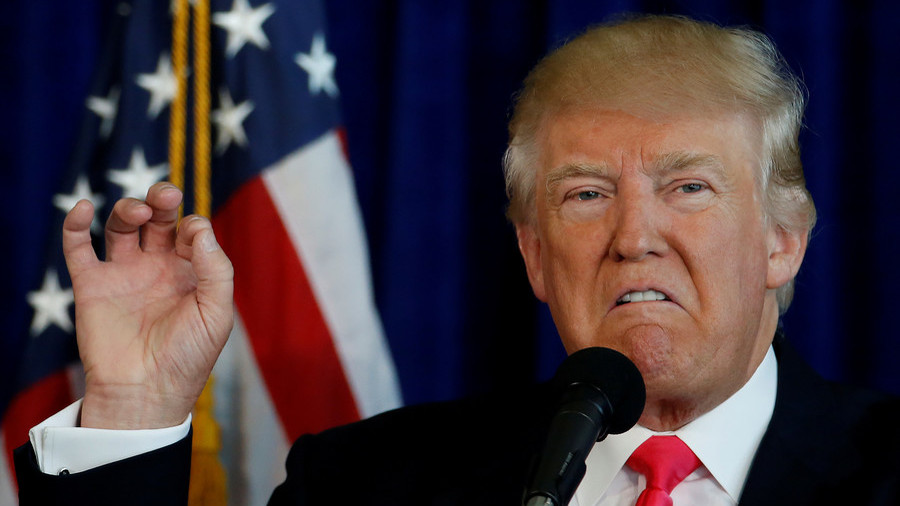 (RT) US President Donald Trump has promised “consequences the likes of which few have ever suffered before” to Iranian President Hassan Rouhani in a late-night Sunday tweet in all caps.

In the tweet, addressed to Rouhani, Trump cautions the Iranian leader to “never, ever threaten the United States again” or suffer “consequences the likes of which few throughout history have ever suffered before.” He then accuses Rouhani of saying “demented words of violence and death.” The US President is known for his liberal use of capitalization for emphasis, but it is rare for him to resort to capitalizing entire tweets.

Trump’s fresh broadside against Iran apparently comes in response to the earlier warning by Iranian President Hassan Rouhani, who on Sunday urged Washington to refrain from provoking Iran unless it wants “the mother of all wars” to break out.

Apparently responding to Trump’s tweet on Monday, Iran’s Foreign Minister Mohammad Javad Zarif also used capital letters in a post, albeit less than the US president did.

COLOR US UNIMPRESSED: The world heard even harsher bluster a few months ago. And Iranians have heard them —albeit more civilized ones—for 40 yrs. We’ve been around for millennia & seen fall of empires, incl our own, which lasted more than the life of some countries. BE CAUTIOUS!

The already tense relations between Washington and Tehran have been strained further by the US State Department’s campaign to subvert the Iranian government through propaganda.

US Secretary of State Mike Pompeo announced on Sunday that the US will be lending its support to dissidents in Iran with a new 24/7 Farsi-language channel and backing what he described as “the long-ignored voice of the Iranian people.”

The US has intensified its efforts to squeeze Iran, the world’s fourth-largest oil producer, out of the global oil market by threatening its European allies with secondary sanctions unless they cut all imports of Iranian oil by November 4. Pompeo on Sunday reiterated the threat, stating that the US is currently in talks with Iran’s partners “to get imports as close to zero as possible” by the stated deadline.