No sweat, he’s got it covered!

As rockets fell on Saudi oil fields, one world leader didn’t even blink. Pres. Trump had his nation prepared. 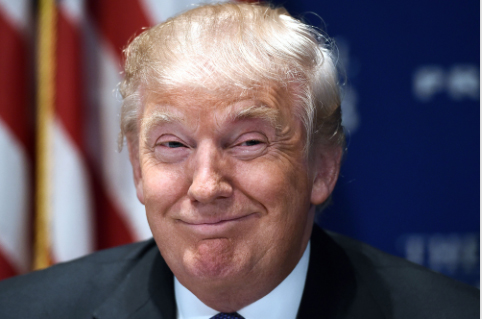 Tirelessly fighting (and WINNING) the oil production and distribution war here in the US against the bark-smoking greenies, the Donald knew we were in great shape to weather a coming oil crisis, should there be one.

In fact, we were in such good shape we were able to offset half of Saudi Arabia’s 50 percent loss of production with our own reserves. Our stock market didn’t crash, and our gas prices haven’t shot through the roof as a result of Iran’s attack.

Unlike the US, China has to rely on the Middle East for 44 percent of its oil imports. Even a short-term disruption in petroleum availability could send China’s economy into a spiral. Helplessly watching the conflict in the Middle East right now has to be a nail-biter for the Chi-coms. Should the situation escalate, the impact on China’s shipping and manufacturing could be catastrophic. Even if other nations stepped in, the petroleum price spikes could be enough to push the Chinese economy over the edge.

Sounds like our president has the Chi-coms over an oil barrel.

China imports about 3 percent of its foreign oil from Venezuela. Bejing would like to muscle in and take over the oil field production in Venezuela, offsetting their dependency on the unstable Middle East. They could use the Panama Canal (they control) as a shortcut for their tankers back to the homeland. But, not so fast. Our president is way ahead of them.

Here is where Pres. Trump’s brainpower kicked in.

Even though Pres. Trump established sanctions against Maduro’s regime, he provided waivers to US oil companies doing business in Venezuela. Smart move, especially in the wake of the Saudi oil disruption. The US imports about the same amount of oil as it exports, and it brings in a significant amount of its foreign imports from Venezuela. This oil from Venezuela gives the US a supply cushion from a nearby source, which comes in handy  at times like these.

Trump has been too shrewd to abandon Venezuela and allow China and Russia to move in. By supporting American oil companies through his embargo waivers, he has accomplished three things: first, we have primary access to their oil, and second, the revenue has kept Maduro dependent on the US, third, Maduro probably believes if he refuses to allow US oil companies to operate in his country, we will likely move to oust him by any means necessary. Had Pres. Trump completely walked away, intending to crush Maduro’s economy via sanctions, the US would have immediately been replaced by both China and Russia.

Lizzie Warren, on the other hand, is an idiot

Imagine if we’d had Tin Lizzie or one of those other greenies now running for the Dem ticket in office instead of President Trump. Warren’s green new deal includes a moratorium on fracking, offshore oil drilling, oil pipelines, and eventually on any petroleum use. What would we be facing today?

Instead of being energy independent, we would be waiting for the world to crash around us. In fact, the rest of the world wouldn’t be able to rely on us to shore up petroleum distribution. Imagine the impact on the world economy.

What would happen to our own economy, or our military? Warships don’t run on solar, and they haven’t run on wind power in a hundred and fifty years. Our place in the world would be immediately diminished–then again, that may be just what these socialists are after!

When you say your prayers tonight, don’t forget to thank your Deity for Pres. Donald Trump’s YUGE brain!

Leftists now freaking out about “privilege” and “inequality” … among SQUIRRELS
January 21st, 2022 DC Clothesline
Powered by WordPress RSS Feed Plugin
PowerInbox 5×1
You Might Like