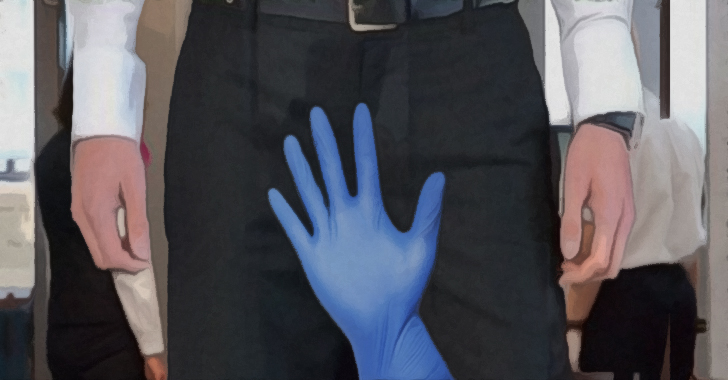 The Transportation Security Administration, the agency always fingered for groping allegations of passengers boarding airplanes, has reportedly had bad bosses for quite some time who covered up internal sexual harassment, fueling the culture.

House Republican investigators alleged in a new report that officials covered up sexual harassment, including one senior official who sent sexually explicit messages to a female subordinate and then threatened to push out another coworker if he was reported for the instance.

The 120-page report on the TSA, sheds light on corruption within the agency.

The new head of the agency TSA Administrator David Pekoske isn’t being accused of any misconduct. Pekoske took over the agency after the allegations began to known publicly. According to ABC News:

“The toxic combination of unchecked misconduct by senior officials and retaliation against rank-and-file whistleblowers undermined employee morale, reflected in the agency’s astronomical attrition rates” and “abysmal ranking” in government job satisfaction surveys, according to the report.

In one case, the report describes repeated sexual harassment of a female subordinate by a man identified only as an “assistant administrator for the Office of Intelligence and Analysis” in 2014.

At one point, that official emailed the woman at 4:30 a.m. to apologize for an earlier “breakdown,” then wrote in sexually explicit and vulgar terms.

“I know you and am willing to bet most if not all men are approaching sex with you completely wrong,” he wrote.

The female subordinate repeatedly rebuffed his advances, at one point telling him: “I have kept all of your other secrets, and will continue to do so. So, please no more communication.”

Another senior official Mark Livingston, who supervised one of those employees, says he was threatened when he confronted the alleged harasser.

“He told me if I didn’t lie for him that I was going to be on his ‘S’ list,” Livingston told investigators. “And then when I told him that I would not lie after he sexually harassed her, he told me that if I didn’t, him and the others couldn’t work with me.”

An anonymous source told ABC News that the alleged harasser is Joseph Salvator, who to this day, still works at the agency as deputy director of security operations.

It’s worth noting that in 2016, Salvator was accused of harassment in The Washington Post by Alyssa Bermudez, a former TSA worker.

“What that meant to me was everybody else was covering for everybody else,” (Livingston) said. “They all circled the wagon. And I didn’t want to be a part of it … They were mostly all dirty.” (Source: ABC News)

Shockingly, Salvator, as previously noted in this article, is still employed at the TSA as Deputy Director of Security Operations after reaching a settlement agreement.

Download Your First Issue Free!
Do You Want to Learn How to Become Financially Independent, Make a Living Without a Traditional Job & Finally Live Free?

TSA Administrator David Pekoske, who has just finished a year on the job, told committee members that forced transfers are no longer used, that he has met with whistleblowers and that staff has been trained on their proper treatment.

Pekoske told committee members, he aims to change the culture of the agency.

“I want to develop a culture in TSA that is free of retaliation, that values employee input, and results in a very positive working environment with high employee morale,” Pekoske said in his first appearance before the committee.

Salvator wasn’t the only problem facing the TSA. The report goes on to state that another executive was convicted of driving while intoxicated and attempted to claim falsely to police that she wasn’t operating the vehicle, but a member of TSA’s Aviation Security Advisory Committee was. She was recommended to be dismissed, but the executive settled for a 14-day suspension.

A third executive got away with sexually harassing employees like his boss, and making racially offensive remarks for seven years before finally being dismissed.

This isn’t the first time the TSA has been accused of sexual harassment and it certainly seems like it won’t be the last.

Who can forget in 2015 when it was reported that two Transportation Security Administration screeners at Denver International Airport were manipulating full-body scanners in order to grope men’s crotches.

House Oversight Committee Democrats released a related report with recommendations on improving security operations, personnel management, and transparency to fix problems within the agency. The tip-top of those recommendations should be respect and not covering up sexual harassment in the workplace so they can go grope other people in violation of the 4th Amendment in “a very positive working environment.”

After all, the TSA’s motto is: “If you see something, say something,” and that’s exactly what Alyssa Bermudez has done for years protesting the agency.

“TSA officials involved in wrongdoing remain in senior positions, a number of OSC whistleblower cases have yet to be resolved, and TSA and DHS OGC continue to obstruct the Committee’s investigation,” the report said. “The Department’s posture on oversight—especially on issues which threaten to undermine TSA’s core mission—signals the underlying problems are not likely to be addressed by current leadership.”

Of course, all this comes as a federal appeals court in Philadelphia has ruled that TSA screeners are immune from prosecution for sexual assault, false arrest, and other abuses, Reuters reported.

S. Circuit Court of Appeals in Philadelphia said Transportation Security Administration (TSA) screeners are shielded by government sovereign immunity from liability under the Federal Tort Claims Act because they do not function as “investigative or law enforcement officers.”

The majority said it was “sympathetic” to concerns that its decision would leave fliers with “very limited legal redress” for alleged mistreatment by aggressive or overzealous screeners, which add to the ordinary stresses of air travel.

“For most people, TSA screenings are an unavoidable feature of flying,” but it is “squarely in the realm” of Congress to expand liability for abuses, Circuit Judge Cheryl Ann Krause wrote.

This proves once again that it’s not sexual assault when the government does it.