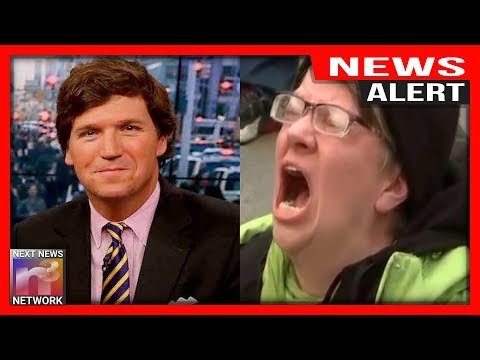 No one breaks down and scorches leftist absurdity like Tucker Carlson.

New “policies” in San Francisco are mind-boggling to say the least.

Here’s Josh from Next News Network with more from Tucker:

People with a history of substance use?

Only in San Francisco…

On Thursday night Tucker Carlson opened his show on how the professional left has transformed the city of San Francisco, one of America’s most beautiful cities, into a “cesspool of filth, homelessness and drug addiction.” In response to this crisis the city of San Francisco is banning words that suggests the city has a crime problem, “I people are not allowed to talk about crime maybe they won’t notice crime exists. That’s the thinking.”

Tucker went on to explain,

“Last month the San Francisco supervisors decreed that there would be no more convicted felons in San Francisco. Going forward ex-cons are to be called justice-involved individuals. Well as it happens the people they committed crimes against are also ‘justice involved individuals.’ So now, in other words, victim and criminal are now morally indistinguishable. That’s on purpose. That is woke equality… Meanwhile there are no juvenile delinquents. There are now young people impacted by the juvenile justice system as if the system and not the kid committed the crime…. You can laugh this off. It’s San Francisco, after all, where all the crazy things happen. But these are the implications. Language makes thought possible. When the words disappear so does our ability to think of the ideas the words represent. When they prevent you from saying the obvious, over time it becomes impossible to see the obvious. And that is exactly, of course, why they do it. Those who control your words, control your mind.”

The left uses this tactic all the time. Obamacare that raised everyone’s medical bills was called the “Affordable Care Act.” Abortion is called “pro-choice.” Only blacks can use the n-word freely. Whites are not allowed to say the word in our current caste system. It goes on and on.

How about we call all of the San Francisco queers “Masculinity Challenged” and the drug addicts “Smokers of Tobacco Alternatives”?

This is beyond absurd, as is San Francisco in general.

In a city where Nancy Pelosi is revered and brain cells are scarce, Tucker Carlson should be required viewing for all residents.

Unfortunately it’s doubtful that many there watch Fox News, if they even have cable access to it.

Until these hellhole cities are taken back, we will continue to have walking zombies like Nancy Pelosi in congress.

I don’t think Nancy Pelosi is sick or experiencing the onset of dementia.

As Forest Gump’s Mama would say, “Stupid is as stupid does.”

Keep on electing stupidity San Francisco, because the cerebrally-challenged need jobs too, just keep them in your own city and away from the rest of us.