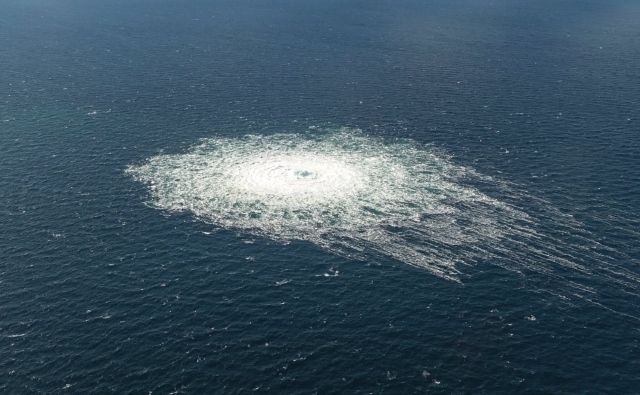 (Natural News) Top-rated Fox News host Tucker Carlson, during his Tuesday monologue, made no bones about his suspicions that the Biden regime’s deep state was behind the move to sabotage a pair of Russian pipelines that pump natural gas to the European continent.

Carlson opened his program by mentioning that a major new environmental “catastrophe” was unfolding after the Nordstream pipelines began leaking huge amounts of natural gas into the air from an undersea break that officials said was caused by explosions. Carlson said that such an act of sabotage if in fact, that’s what happened, would almost certainly have to have been sanctioned by the U.S. government.

How strong is a Nord Stream pipe? Quite!

The steel pipe itself has a wall of 4.1 centimeters (1.6 inches), and it's coated with another 6-11 cm of steel-reinforced concrete. Each section of the pipe weighs 11 tonnes, which goes to 24-25 tonnes after the concrete is applied. pic.twitter.com/BFYnv36CaF

“Nord Stream 1 and Nord Stream 2 are pouring millions of cubic meters of natural gas into the Baltic Sea,” Carlson began, noting the environmental damage the leak was likely to cause.

“Natural gas is comprised of up to 90% methane. Methane, as Joe Biden has often told you, is the key driver of global warming, which is, of course, an existential threat to humanity and the planet,” he added. “So if you’re worried about climate change, what just happened to the Nord Stream pipelines is as close to the apocalypse as we have ever come. So, the question is, how did this happen? And it turns out it was not an accident.”

The host then noted that due to the nature of the pipeline breaks, they could not have happened naturally and said that European officials quickly declared it an act of sabotage. He also said it is highly doubtful that Russian President Vladimir Putin would have approved of taking out his own pipelines.

“Natural gas pipelines are the main source of your power and your wealth and, most critically, your leverage over other countries. Europe needs your energy now more than ever with winter approaching. If you can’t deliver that energy, then countries like Germany have no need to pay attention to what you want,” he said. “You’re in the middle of a war, an all-hands-on-deck war, so you need all the leverage you can get. Under these circumstances, there is no chance you would blow up Nord Stream 1 or 2.”

At that, Carlson played a clip of President Biden saying that he would “bring an end to” the Nordstream 2 pipeline.

“This is the president who has declared climate change the most pressing emergency in the history of the world. This is the man who lectures you about using a woodstove or driving an SUV because of its emissions,” the host continued. “This is the guy who spent billions trying to mitigate cow flatulence because methane. Would that guy really blow up a methane pipeline in the middle of the Baltic Sea? It was hard to imagine.”

“That would be an unimaginably reckless act. That would be the kind of thing you would do if you wanted to start a nuclear war. It would be insane. And yet in retrospect, it’s obvious they were thinking about this because Joe Biden wasn’t the only person to suggest it,” Carlson said before adding that neocon Victoria Nuland, the Undersecretary of State for Political Affairs, also pledged that the U.S. would stop the pipeline.

“So once again, did the Biden administration really do this? It’s hard to believe,” Carlson said before mentioning the curious timing of a new pipeline under construction that would cut out the need for Europe to import Russian energy supplies.

If the Biden administration “did this, this will be one of the craziest, most destructive things any American administration has ever done. But it would also be totally consistent with what they do. What do they do?” Carlson said. “They destroy. These people built nothing, not one thing. Instead, they tear down and they desecrate from historic statues to the Constitution to energy infrastructure and no one in Congress is trying to stop any of it.”

“What would be the effect of this? Every action has a reaction, equal and opposite. Blow up the Nord Stream pipelines? Okay, we’ve entered a new phase, one in which the United States is directly at war with the largest nuclear power in the world,” he added.