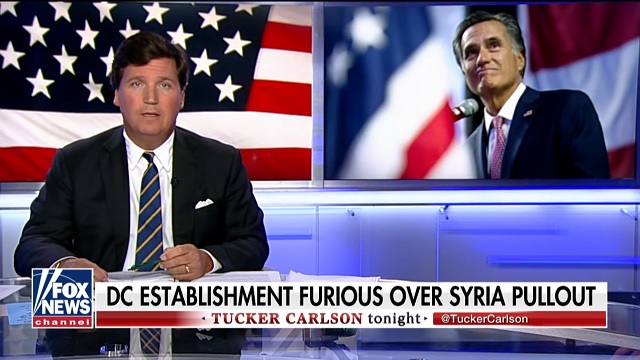 “We’d love to tell you it’s just the lefty hacks on CNN demanding that we stay in Syria forever, but unfortunately it was not– not even close. A ton of republicans on capitol Hill made exactly the same point,” Tucker said.

“All of them seem far angrier about the prospect of leaving Syria than they ever do about illegal immigration or Americans dying of fentanyl overdoses,” Tucker claimed.

This is what’s driving their anger.