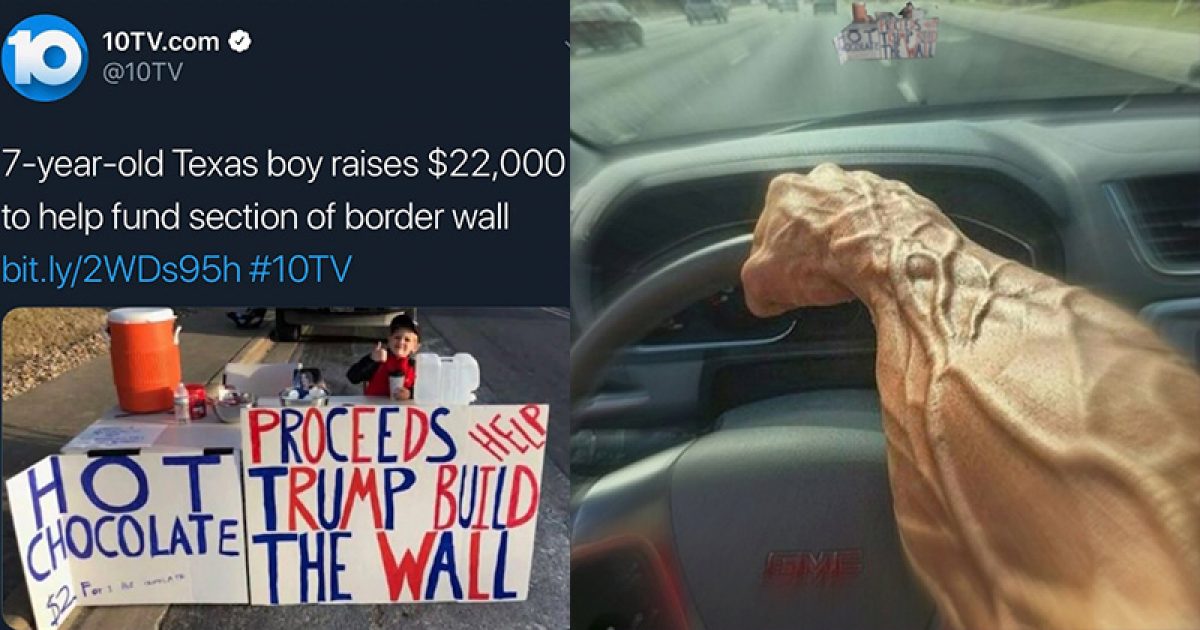 While social media giants like Twitter are out to protect you from free speech advocates and alternative news like that of Infowars and Laura Loomer, they are more than happy to allow the promotion of some of the most distasteful and criminal statements imaginable, including that of promoting the murder of a 7-year-old Texas boy.

The post went viral after 7-year-old Benton Stevens’ fundraiser in February netted tens of thousands of dollars to support the building of the wall.

Speaking with Austin’s KXAN, Jennifer said, “People think he’s brainwashed. Well, of course, he supports Trump because we do, and he hears how we talk and this and that. Call that brainwashing, but I call it parenting because we instill our values in him.”

Of course, it’s always the criminal minds that come up with this stuff. 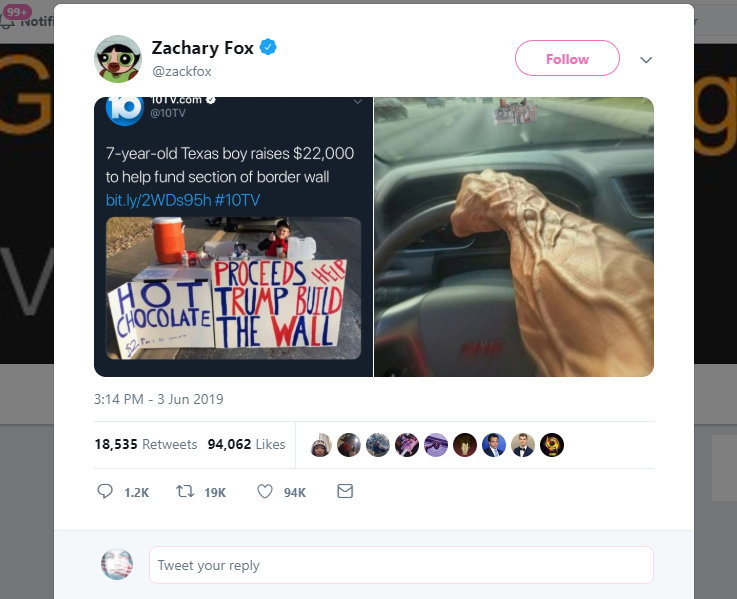 Some even referred to the little boy, who raised a total of over $23,000 through his hot chocolate stand, as “Little Hitler.”

Surely, no matter what side of the wall issue you are on, we can all agree that this is disgusting and that after Twitter has banned people for simple statements of fact, which they call “hate speech” that this is clearly that and not an ounce of truth was presented.

Benton was praised by triple amputee veteran Brian Kolfage, whose “We Build The Wall” project began putting up a half-stretch mile of border wall over the Memorial Day weekend.

“This incredible young man Benton from Austin Texas raised $22k for We Build The Wall, Inc. He was one of our biggest donors and only 7 years old! It shows you that no matter what you can always make a large impact you just need to work hard!” he tweeted.

This incredible young man Benton from Austin Texas raised $22k for We Build The Wall, Inc. He was one of our biggest donors and only 7 years old! It shows you that no matter what you can always make a large impact you just need to work hard! @DonaldJTrumpJr @gatewaypundit pic.twitter.com/Yh1OTlqfp5

The one thing I like in all of this is that it shows that people don’t need government to achieve things. In fact, most of the time, government simply gets in the way and costs far more than when individuals rise up and do what they want to do.

Still, people like Zachary Fox have a place on Twitter with tens of thousands of people who actually liked his promotion of the murder of an American spirited 7-year-old boy, who simply sought to do something he thinks is good for someone other than himself.

I wonder if Twitter and Fox could say the same thing about themselves.