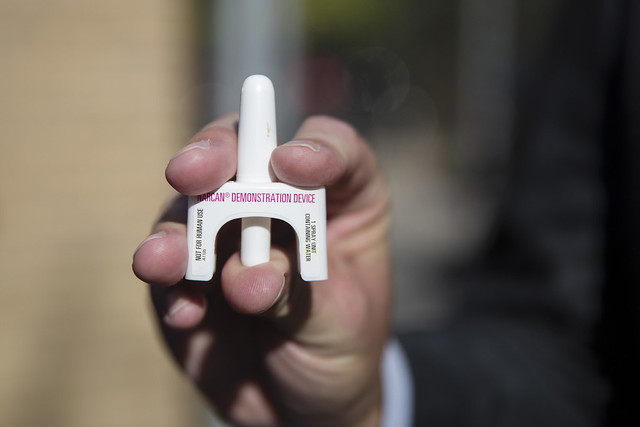 The US is experiencing shortages of over 100 drugs ranging from Narcan to Adderall and insulin while record amounts of fentanyl flows across our southern border thanks to DHS head Alejandro Mayorkas’ refusal to enforce federal immigration laws.

Recent supply chain disruptions are impacting everything from clothes to food, and even trips to the pharmacy. Popular drugs like Adderall, oxycodone, and insulin are running low nationwide.

In Tennessee, Steve Beasley said he’s having trouble finding iron dextran for his iron infusions. “I’m stuck between a rock and a hard place right now — none of the pharmacies around here can get it where they can compound it in-house.”

The FDA currently lists 112 drug shortages on its website. The reasons for the backlogs all vary.

“Some of the companies have discontinued making [iron dextran] for whatever reason,” Beasley said. “I don’t know, it just says manufacturing delays.”

The life-saving drug Narcan is being impacted too, with Pfizer’s website listing the availability of its injectable naloxone formulation as depleted.

The narcan shortage comes while the US is experiencing record overdose deaths: 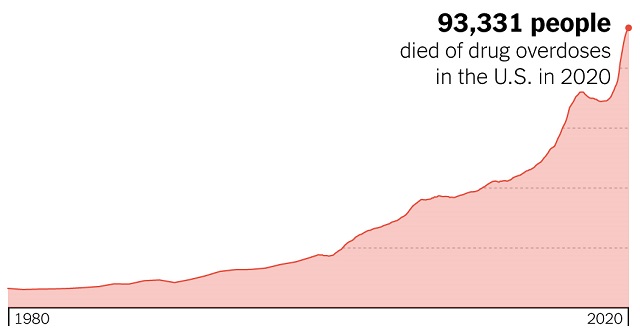 From The Washington Examiner, “Record fentanyl seizures at border contributed to soaring overdose deaths in US”:

Fentanyl seizures by federal law enforcement inspecting goods and people attempting to enter the United States from abroad shot up over the past 12 months, more than doubling the record-high level confiscated a year earlier.

The surge in U.S. Customs and Border Protection seizures at the nation’s border is closely connected to the surge of drug overdose deaths occurring deep inside the U.S., which also hit a new high this year as a result of the prevalence of opioids.

“If they’re seizing a lot, it’s because a lot is coming in — because you don’t know the percentage of how much is coming through that they’re actually seizing,” said Dr. Joshua Sharfstein, vice dean for public health practice and community engagement at the Johns Hopkins Bloomberg School of Public Health in Baltimore.

VICE News reported last week that heroin is “disappearing from drug markets” across North America and being replaced with far deadlier fentanyl (most of which is trafficked through Mexico).

As National File noted, the heroin shortage reportedly hit in September after the US left Afghanistan.

After retaking power, the Taliban once again cracked down on opiate production and started rounding up drug users and forcing them into hospitals for a 45-day detox, which outlets like Bloomberg and the AP suggested was some sort of grave human rights violation.