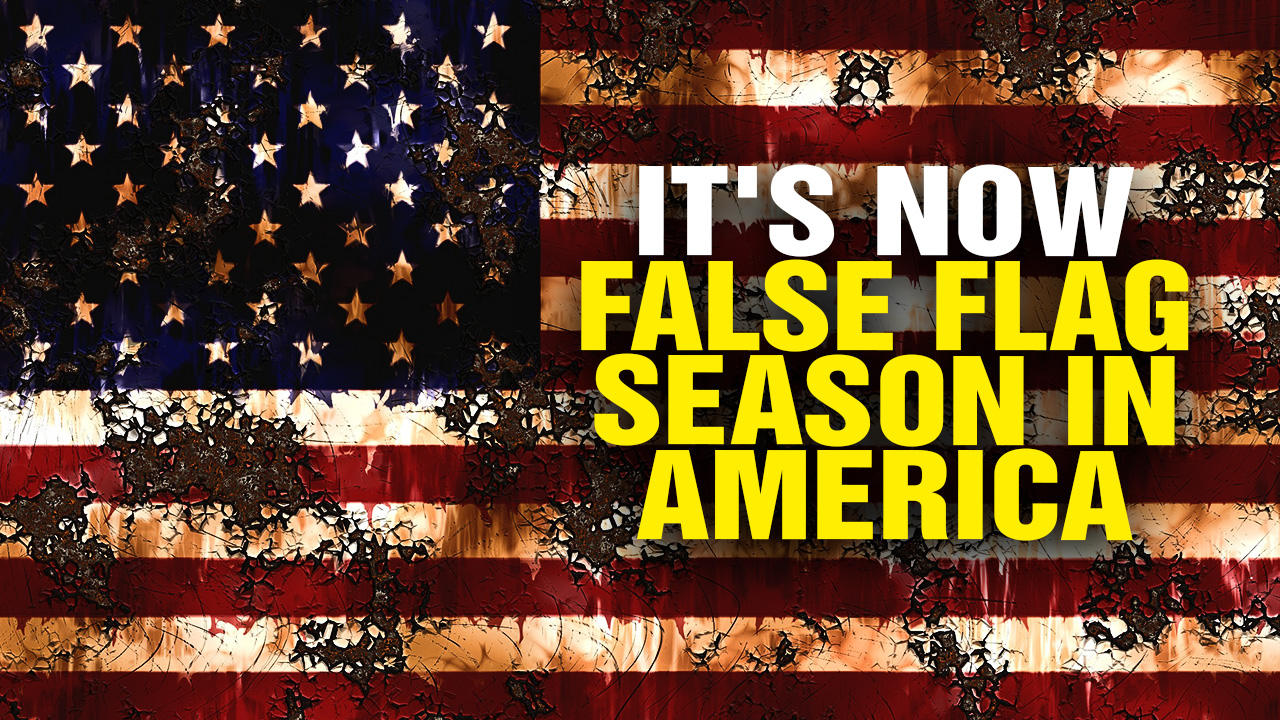 (Natural News) The despicably dishonest mainstream media published one false story after another during then-President Donald Trump’s term, taking whatever garbage they were fed by the diabolical deep state and regurgitating it without bothering to get confirmation or otherwise engage in any genuine fact-checking.

The most egregious, of course, was the lie that Trump was an “asset” of Russia — that he ‘conspired’ with Vladimir Putin’s government to “steal” the 2016 election from Hillary Clinton.

There were other major lies — the ‘Russian bounty on American troops in Afghanistan’ fib; Trump’s Ukraine ‘quid pro quo’ hoax; the ‘fine people on both sides’ lie, and finally, the ‘Trump instigated an insurrection against the government on Jan. 6’ fabrication, the latter of which was a demonstrable, provable false flag attack launched by the anti-Trump deep state.

While the mainstream outlets have claimed for months any mention of a false flag was nothing more than a baseless conspiracy theory, that now appears to have changed, as reported by Caity Johnstone:

In a drastic pivot from typical denunciations of false flag operations as conspiratorial nonsense that don’t exist outside the demented imagination of Alex Jones, the US political/media class is proclaiming with one voice that Russia is currently orchestrating just such an operation to justify an invasion of Ukraine.

“As part of its plans, Russia is laying the groundwork to have the option of fabricating a pretext for invasion,” White House Press Secretary Jen Psaki told reporters last week. “We have information that indicates Russia has already pre-positioned a group of operatives to conduct a false flag operation in eastern Ukraine.”

“Without getting into too much detail, we do have information that indicates that Russia is already working actively to create a pretext for a potential invasion, for a move on Ukraine,” Pentagon spokesman John Kirby added later. “In fact, we have information that they’ve pre-positioned a group of operatives, to conduct what we call a false flag operation, an operation designed to look like an attack on them or their people, or Russian speaking people in Ukraine, as an excuse to go in.”

Of course, it’s Russia, so naturally, the Biden regime wasn’t going to produce any real evidence to substantiate this ridiculous claim — and it is absurd. The reason it is nonsensical is that Russian President Vladimir Putin doesn’t need to fabricate an excuse to invade Ukraine, he just needs to be convinced that if he does, neither Europe, NATO, nor the United States is really going to do anything about it.

Putin’s invasion will or will not be met with counterforce, whether there is a ‘reason’ for him to send troops into that sovereign nation or not. But it is telling that when it comes to inventing ‘false flag’ for the Russians, suddenly the usual American media suspects who frown on such claims are all hopping aboard.

“Countless articles and news segments containing the phrase ‘false flag’ have been blaring throughout all the most influential news outlets in the western world without the slightest hint of skepticism,” Johnstone wrote, providing several links to back her claims.

But in the past, Johnstone explains, mainstream outlets dismissed without argument and despite evidence any claim of a “false flag” by Western governments, including:

— A 2018 New York Times article discounting “the idea that the 2014 Maidan massacre was a false flag carried out by western-backed opposition fighters in Ukraine to frame the riot police of the government who was ousted in that coup…despite the existence of plenty of evidence that this is indeed what happened.”

— A BBC article dismissing the claim that the “alleged 2018 chemical weapons attack in Douma, Syria could have been a false flag carried out by the Al Qaeda-aligned insurgents on the ground to provoke a western attack on the Syrian government,” though there was a mound of evidence backing up the assertion.

— Snopes, a ‘fact-checking’ website that is short on facts, also put out an entire piece railing against the entire notion of false flag attacks as “conspiracy theories.”

Western intelligence services have been conducting false flag attacks in the modern era for decades, as was revealed regarding the Jan. 6 Capitol ‘riot.’ It’s just too bad we don’t have a critical media to hold them accountable.