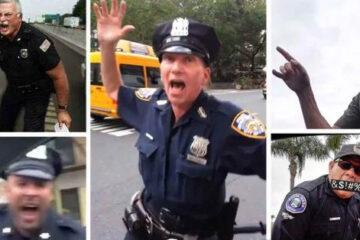 WASHINGTON, D.C. —The U.S. Supreme Court has refused to overturn a lower court ruling that justifies the use of excessive force by police on people who don’t understand police orders. Attorneys for The Rutherford Institute and the Supreme Court Clinic at the University of Texas School of Law had asked that Oklahoma police be held responsible for brutalizing an African-American man who, despite complying with police orders during an arrest, was subjected to excessive force and brutality, including being thrown to the ground, tasered, and placed in a chokehold that rendered him unconscious and required his hospitalization for three days. The petition in Edwards v. Harmon argued that Jeriel Edwards was not only deprived of his Fourth Amendment right to be free from excessive force but also his right to have a jury decide, based on video of his arrest, whether the officers’ actions were clearly unreasonable.

“If you ask police what Americans should do to stay alive during encounters with law enforcement, they will tell you to comply, cooperate, obey, not resist, not argue, not make threatening gestures or statements, avoid sudden movements, and submit to a search of their person and belongings,” said constitutional attorney John W. Whitehead, president of The Rutherford Institute and author of Battlefield America: The War on the American People. “The problem is what to do when compliance is not enough. How can you maintain the illusion of freedom when daily, Americans are being shot, stripped, searched, choked, beaten and tasered by police for little more than daring to frown, smile, question, challenge an order or merely exist?”

On October 25, 2016, Jeriel Edwards was sitting in his car in the parking lot of a Muskogee Wendy’s restaurant in Muskogee, Okla., when he was approached by a police officer and ordered to put the car in park and provide his identification. According to body and dashboard camera video, the officer then ordered Edwards to exit the vehicle and remove his hands from his pockets. Edwards complied with all of the officer’s orders. A second Muskogee police officer arrived at the scene. Edwards was ordered to face the vehicle and place his hands behind his back. One officer grabbed Edwards’ right arm while the other officer shoved his head into the corner of the car door. Edwards was then slammed to the pavement. As the officers pushed Edwards’ head and neck to the ground, they also placed a knee on his body to pin him to the ground. Edwards repeatedly asked why the officers were abusing him, but got no answer. Instead, the first officer fired a taser at Edwards as he lay on the ground. A third officer arrived on the scene and made two striking motions at Edwards, the impact of which can be heard on the body camera video. A fourth officer arrived at the scene and put Edwards in a chokehold. As the four officers dragged Edwards to the ground, another joined the fray and held Edwards down by digging his knee into his body. Edwards lost consciousness en route to the hospital, where he was admitted to the ICU. Despite this brutality, the trial court granted summary judgment for the police in Edwards’ excessive force lawsuit against them without even allowing Edwards a trial to have a jury consider the evidence, a ruling which was affirmed on appeal.

TRENDING: Congress Knew For At Least Two Years About Pentagon Efforts To Take Back Bonuses From Veterans
take our poll - story continues below

November 1, 2019 • Police Defend Use of Taser, Chokehold & Excessive Force Against Man Who Complied During Arrest

The petition filed with the U.S. Supreme Court in Edwards v. Harmon

The brief filed with the U.S. Court of Appeals for the Tenth Circuit in Edwards v. Harmon

The opinion and order of the U.S. District Court for the Eastern District of Oklahoma granting the police officers’ motion for summary judgment in Edwards v. Harmon

The Rutherford Institute’s complaint in Edwards v. City of Muskogee