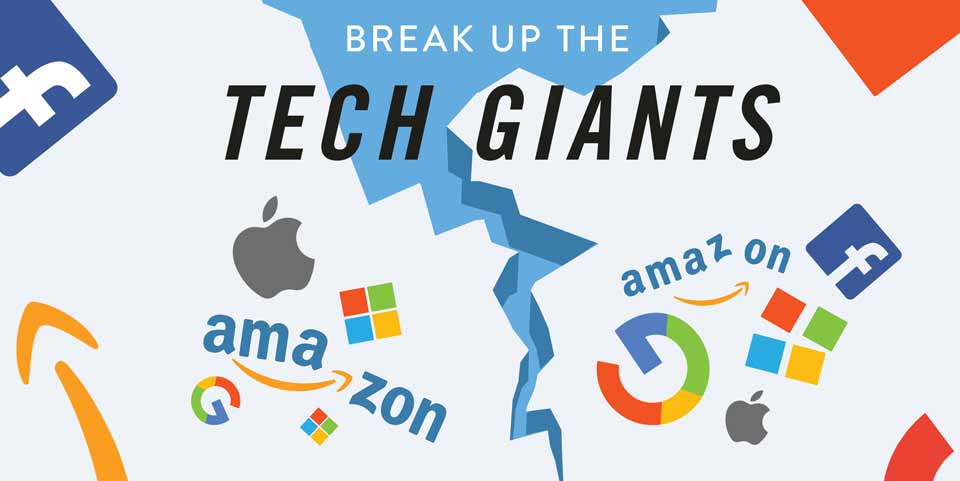 Our Founding Fathers were learned men who founded the newly independent American Republic on a particular — and correct — view of human nature. They believed that humans have a dual nature, both good and bad, and that we are self-interested but rational, being each capable of discerning what is in our own interests.

That humans are fundamentally selfish accounts for why the Founders fashioned a government that is limited and constrained in its exercise of power, instead of unlimited and totalitarian. As James Madison so eloquently stated in The Federalist Papers:

Among the constraints that our Founders placed on government to prevent it from abusing political power are the Bill of Rights or the first ten amendments to the U.S. Constitution, which collectively delimit government’s power by specifying the rights and liberties of the people which no government can abridge. The Founders also created other constraints on government, one of which is a free press (or media).

A free press also serves another function. Since humans are endowed by the Creator with the capacity to reason, the Founding Fathers wanted to ensure that we be given a pluralism and variety of information and knowledge — the “market place of ideas” — which we can utilize to make the “right” choices in the ballot box and away.

Surveys have found that journalists of the Mainstream Media are overwhelmingly partisan in favor of one political party. For example, a poll found that Washington media correspondents voted Democratic 93% to 7%(see Professor Tim Groseclose’s Left Turn, How Liberal Media Bias Distorts the American Mind). As a result of the MSM’s partisanship, the First Amendment’s freedom of the press no longer delivers pluralism of information and ideas.

Happily, with the rise of the Internet, social media and alternate media are doing what the MSM whether willingly or by coercion no longer do. A recent Pew Research Center study found that some 14% of Americans have changed their minds about an issue because of something they saw on social media. But the voice of both social and alternate media is now being silenced, one by one, by privately-owned high-tech corporations acting in the interest of and in cahoots with the Democratic Party and the Deep State.

The social media tech giants — Facebook, Twitter, WordPress, Disqus — are all owned and operated by liberals/Democrats/Progressive, i.e., the Left. Although they are separate corporations, their similar political partisanship and ideology make them a virtual monopoly. When they each act to censor and stifle the American people’s freedom of speech in social and alternative media, their collective reach approaches totalitarian in scope.

Think of those tech giants as private enterprises with deceptive smiles but razor-sharp teeth.

Having unexpectedly lost the 2016 presidential election, in which social and alternative media played a significant role in electing D.C. outsider Donald Trump, Democrats and the tech giants have learned a lesson. To ensure against a repeat of 2016, the cabal of tech giants are silencing dissenting voices on social media and blogs before this November’s mid-term election.

The cabal first went after a giant AltMedia target — Alex Jones and his InfoWars. Next is the 21st-century digital version of book-burning when web-host WordPress began, abruptly and without warning, shutting down (“suspend”) blogs, including Fellowship of the Minds, ostensibly because they had violated WordPress’ Terms of Service (TOS).

Other blogs and voices that are silenced include (incomplete list):

The hypocrisy of WordPress is particularly galling. As Dr. James Tracy points out in his Memory Hole Blog, after silencing those it has identified as violating its TOS, WordPress nevertheless continues to host blogs “that are in demonstrable violation of the company’s TOS,” including the neo-Nazi Daily Stormer and blogs by Antifa, whom the Obama administration’s FBI and DHS had identified in April 2016 as “domestic terrorists”.

Explanations as to why WP-hosted blogs are being taken down include the following:

An email I just received from Stewart Ogilby lends strength to the #3 explanation. Ogilby had re-published my April 2015 post that the Challenger astronauts may be alive. He writes:

“The situation is worse than we fear. This morning the file that previously loaded your page intact (challenger.htm), including the graphics, not only
no longer loads from my server, but the file itself has been corrupted. I do not use WordPress or any other webpage ‘wizzard’.”

The tech giants do what they do because they are sanctioned and shielded by the 1996 Communications Decency Act (CDA), specifically Section 230’s “Safe Harbor” provision, which allows social media giants like Facebook and Twitter to censor at will any content they don’t like. Former Federal Communications Commission (FCC) wireless bureau chief Fred Campbell is on a mission to repeal that provision. (Read more about this on Thought Police.)

As if the Safe Harbor provision isn’t bad enough, Virginia Democrat senator Mark Warner means to restrict our free speech even further. In a policy paper obtained by Axios and in the name of combating “fake news,” Warner would have our freedom of speech be even more abridged by:

Axios observes that “Warner, who made his fortune in telecommunications before running for office, has been a prominent critic of major social media platforms from his perch as top Democrat overseeing the intelligence committee’s investigation of Russian election interference.” Although Warner’s proposal for now is just that, a “Democratic wave in November could put more momentum behind these ideas”.