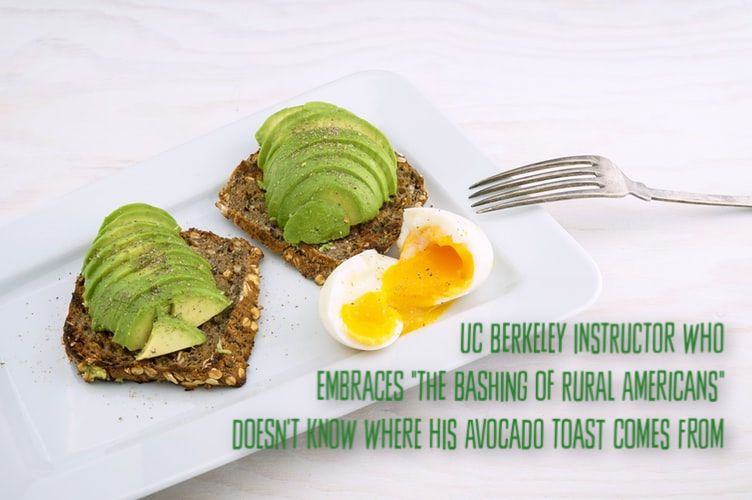 In a world where idiotic Tweets are de rigueur, one this week has stood out as the most ignorant and hateful of them all.

Jackson Kernion, a graduate student and philosophy instructor decided to enlighten the rest of us by sharing his lofty view of the citizens of rural America in a Tweet (that has since been removed.)

Here’s what Kernion had to say about rural America.

He doesn’t just dislike living in the country personally. Kernion thinks that anyone who lives in the country is a “bad person” who should be punished.

Kernion began the thread by advocating against affordable healthcare solutions in rural America, saying that “Rural Healthcare Should be expensive! And that expense should be borne by those who choose rural America!”

He argued that promoting a need for “affordable rural healthcare” is equivalent to arguing for rural Americans “to be subsidized by those who choose a more efficient way of life.”

…“I unironically embrace the bashing of rural Americans. They, as a group, are bad people who have made bad life decisions. Some, I assume are good people. But this nostalgia for some imagined pastoral way of life is stupid and we should shame people who aren’t pro-city,” he wrote in a since-deleted tweet. (source)

Some folks who look down at the folks outside of the big cities (basically anyone who doesn’t live in NYC, LA, or San Francisco) don’t really seem to understand that food – that vital necessity for life whether you’re a city dweller or not, generally originates not at Trader Joes or Whole Foods, but…you guessed it, the country.

This reminds me of the guy from Forbes a few years back who bafflingly stated that self-reliant homesteaders were…wait for it…”mooching off civil society.” Generally, folks in the city don’t actually want farms in the city. Livestock has a tendency to poop and publicly fornicate, two things that are generally frowned upon in public. (Certain cities that will remain unnamed aside.)

Derek Smiley, a friend of mine back in California posted about the friendly reminder he sent to Kernion. Smiley wrote:

Some folks just don’t like rural Americans. Over the years, we’ve had politicians, (with their noses held high in superiority) dismiss “flyover country.” Maybe it’s because we “cling to our guns or religion” as a former president quipped.

Recently, Jackson Kernion, a grad student from UC Berkeley who teaches philosophy there, tweeted “I unironically embrace the bashing of rural Americans.” He went on to say “They, as a group, are bad people who have made bad life decisions.” To dig himself a bit deeper he continued “some, I assume, are good people. But this nostalgia for some imagined pastoral way of life is stupid and we should shame people who aren’t pro-city.”

Bravo Mr. Kernion, bravo! You have exercised your first amendment right and I fully support free speech! You are entitled to your opinions, even if they are misguided.

I was motivated to exercise my first amendment right so I emailed Mr. Kernion. By now, I suspect most of you know I enjoy writing. I thoroughly enjoyed writing this email and you may enjoy reading it. I do hope he responds, but I suspect he has been flooded with emails from around the country.

If you’d like to email Jackson, you can do so at jacksonkernion@berkeley.edu

He attached the message you can see below.

Rural America is home to 50.2 million acres of wheat – which is super important for those who eat avocado toast. 90% of the avocados grown in America are in – you guessed it – rural California. Rural America provides nearly 167K acres for lettuce if you happen to enjoy salad.

All in all, rural American provides 400 million acres of land for the growth of food, or food for our food (livestock feed).

And this doesn’t include the manufacturing jobs in America which are nearly always rural or semi-rural. There are nearly 300,000 plants of various types in the United States and few, if any, are in large cities. This employs hundreds of thousands of hard-working people and provides folks like Kernion with the vehicles they drive, the parts to repair said vehicles, and possibly the clothing they wear.

Then truck drivers (many of whom are also rural) drive these products from the unsavory boondocks into the cities. There, people like Kernion can purchase the goods with the money they earned talking philosophically about what crappy people the ones who feed them, dress them, and provide them with automobiles are.

What do you think of this?

Did you hear about this Tweet? What are your thoughts on Kernion and his ilk?