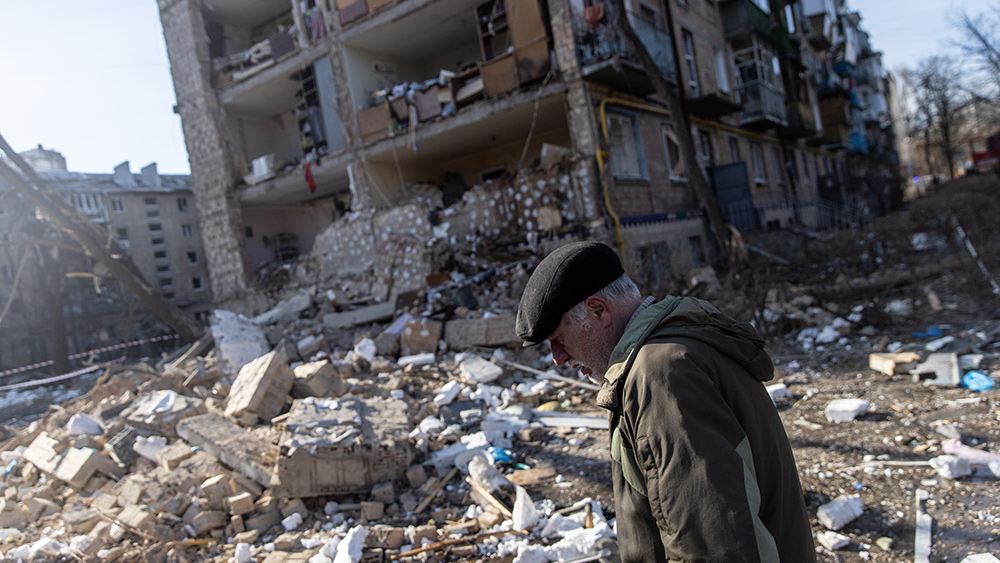 (Natural News) The Ukrainian government has just made a move that is sure to disrupt Europe and move the continent closer to a third world war than at any time since the last global conflict ended.

Citing “force majeure” — that is, a common clause in contracts that frees both parties from liability or obligation stemming from an extraordinary event beyond their control (like a war) occurs — Kyiv’s move reduces the flow of natural gas from Russian giant Gazprom by at least one-third at a time when the European continent cannot easily replace the lost supplies.

The move was reported by Kremlin-aligned news agency Russia Today, which noted:

Russian gas conglomerate Gazprom has received no confirmation of force majeure or any obstacles to continued transit of gas through a junction in Lugansk Region, the company said on Tuesday, after Ukraine’s operator OGTSU announced it would halt further deliveries starting May 11, due to the presence of “Russian occupiers.”

Gas Transit Services of Ukraine (OGTSU) declared force majeure on Tuesday, saying that it was impossible to continue the transit of gas through a connection point and compressor station located in the Lugansk area. As OGTSU personnel “cannot carry out operational and technological control” over the Sokhranovka connector point and Novopskov compressor station, the company cannot continue to fulfill its contract obligations, it said.

Natural gas from that connection point won’t be accepted into the transit system dissecting Ukraine beginning Wednesday morning, according to OGTSU. The report noted that Sokhrankovka comprises nearly one-third of all Russian gas that passes through Ukraine into Europe, or around 32.5 million cubic meters daily, the transit operators said.

Meanwhile, Gazprom officials have not received any confirmation of force majeure or service disruptions at Sokhrankovka or Novopskov, said company spokesman Sergey Kupriyanov on Tuesday. The official added that specialists in Ukraine continued to have full access to both facilities all the while and that there have been no previous complaints about anything.

In addition, Kurpriyanov noted that the company has been notified by Ukrainian natural gas firm Naftogaz that if Russia continues to move gas through Sokhranovka, the government in Kyiv will move to reduce the volume at the exit point by the same amount, which would amount to effectively confiscating the gas.

As a result, OGTSU is proposing to reroute the gas to Sudzha, which is a connector that is located in the Sumy region and is also controlled by the Ukrainian government. However, Kupriyanov said that option was “technologically impossible.”

“The distribution of volumes is clearly spelled out in the cooperation agreement dated December 30, 2019, and the Ukrainian side is well aware of this,” he said.

The official added that Gazprom is nevertheless continuing to fulfill its contractual obligations to European customers as all of the transit services contained in existing contracts have been fully paid for.

“Moscow has continued gas deliveries to Europe, including transit through Ukraine, regardless of the ongoing military operation and the embargoes against Russia imposed by the US and its allies in the EU,” Russia Today reported.

Meanwhile, despite the fact that American families are struggling with “Bidenflation” and parents cannot find enough formula for their infants — in the United States of America, by the way — Democrats and Republicans in Congress had no issue passing a $40 billion ‘aid package’ for Ukraine this week, fully $7 billion more than the White House asked for.

But that said, those who voted against the bill were all Republicans, according to The Hill, which added:

The legislation includes $6 billion for security assistance — including training, equipment, weapons, logistical support, supplies and services for military and national security forces in Ukraine — and $900 million for refugee support services such as housing, language classes and trauma services for individuals fleeing Ukraine.

Roughly $8.7 billion of the cash in the legislation will go to the Economic Support Fund “to respond to emergent needs in Ukraine,” including budget support and countering human trafficking.

In short, we’re making sure Ukrainian mothers have formula for their infants, but not our own mothers. No wonder Congress has an approval rating lower than that of a used car salesman.