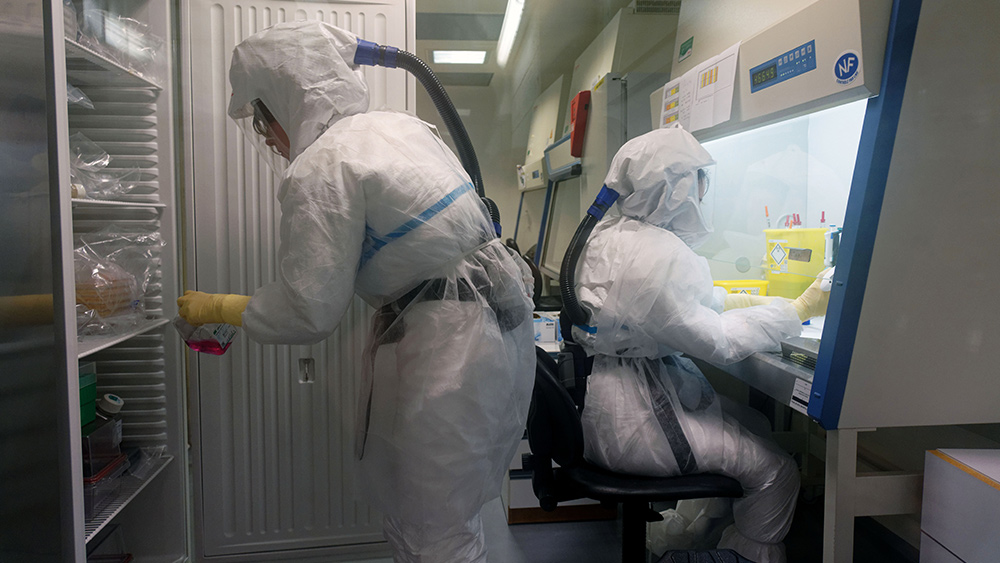 Along with Metabiota, EHA is a longtime partner of the United States Agency for International Development (USAID), which has been funding its bioweapons operations in Africa and elsewhere.

In 2009, USAID launched an early warning system for new and emerging diseases in 21 countries that was led by the University of California Davis‘ One Health Institute. One of the core partners on this project was EHA, along with Metabiota, the Wildlife Conservation Society and the Smithsonian Institute.

According to the Daily Exposé, PREDICT partnered with EHA to carry out a nine-year effort to catalogue hundreds of thousands of biological samples, “including over 10,000 bats.”

A 2015 study funded by PREDICT looked at a “diversity of coronaviruses in bats.” The publishing of this study in 2017 preceded the unveiling of the Wuhan coronavirus (COVID-19) plandemic, which began in 2019, by just two years.

Entitled “Global patterns in coronavirus diversity” and published in the journal Virus Evolution, that paper explained how PCR assays were used to detect both known and novel coronaviruses.

“Results of a five-year study in 20 countries on three continents have found that bats harbor a large diversity of coronaviruses (CoV), the family of viruses that cause Severe Acute Respiratory Syndrome Coronavirus (SARS) and Middle East Respiratory Syndrome Coronavirus (MERS),” wrote Columbia University‘s Mailman School of Public Health about the research.

EHA Executive Vice President William Karesh was also listed as an author. Daszak and Karesh’s company, we now know, is a longtime partner of the Wuhan Institute of Virology (WIV), which is where the Fauci Flu is believed to have “escaped.”

“Notably, the relationship between the WIV and the American Biodefence establishment was advanced by EHA policy advisor, David R. Franz, former commander at US bioweapons lab at Fort Detrick,” further explained the Exposé.

WIV’s Dr. Shi Zhengli, a.k.a. “Batwoman,” had also worked with EHA’s Daszak on bat-related studies. As far back as 2005, Daszak and Zhengli were conducting research on SARS-like coronaviruses in bats. Several PREDICT-funded studies on SARS-like coronaviruses and Swine Flu count with both Zhengli’s and Daszak’s contributions. Perhaps the most noteworthy of these is a 2015 PREDICT and NIH-funded study she co-authored entitled: “A SARS-like cluster of circulating bat coronaviruses shows potential for human emergence.”

Andrew Huff, a former vice president at EHA turned whistleblower, came forward to reveal that highly dangerous gain-of-function research was being conducted, and the funding managed, by his former employer.

EHA partners with and accepts cash from a variety of sources, Huff further revealed, including not just the National Institutes of Health (Francis Collins) and the National Institute of Allergy and Infectious Diseases (Tony Fauci), but also a slew of other government agencies, private corporations, and foundations such as Google, Wellcome Trust and the Bill & Melinda Gates Foundation.

The Department of Defense (DoD) also funded EHA, according to an image tweeted by Huff on February 15 showing a list of contributions over the years.

“Rumor is that the DoD has been lying to Congress about funding EHA,” Huff wrote in the caption.

Huff believes that Daszak works directly with, or even for, the Central Intelligence Agency (CIA). Huff stated that Daszak could be “a double agent working on behalf of the Chinese government,” and that EcoHealth is basically just “a CIA front organization.”

In a January 23 Twitter thread, Huff broke this all down even more, explaining that “not only is EcoHealth Alliance a CIA front organization, but the United States of America is primarily responsible for COVID, not China. COVID was a U.S. scientific R&D program where COVID was transferred to China.”

In other words, it might be better to call this thing the American Virus as opposed to the Chinese Virus. Or better yet, how about we call it the Pentagon Virus or even the NATO Virus?

Whatever the case may be, this rabbit hole clearly goes a whole lot deeper than even the “conspiracy theorists” thought it did.

“It would appear that the first COVID-19 bioweapon version was completed in 2015 in a joint effort by the U.S. and China,” this same commenter added after putting a few other pieces together.

More related news can be found at Corruption.news.