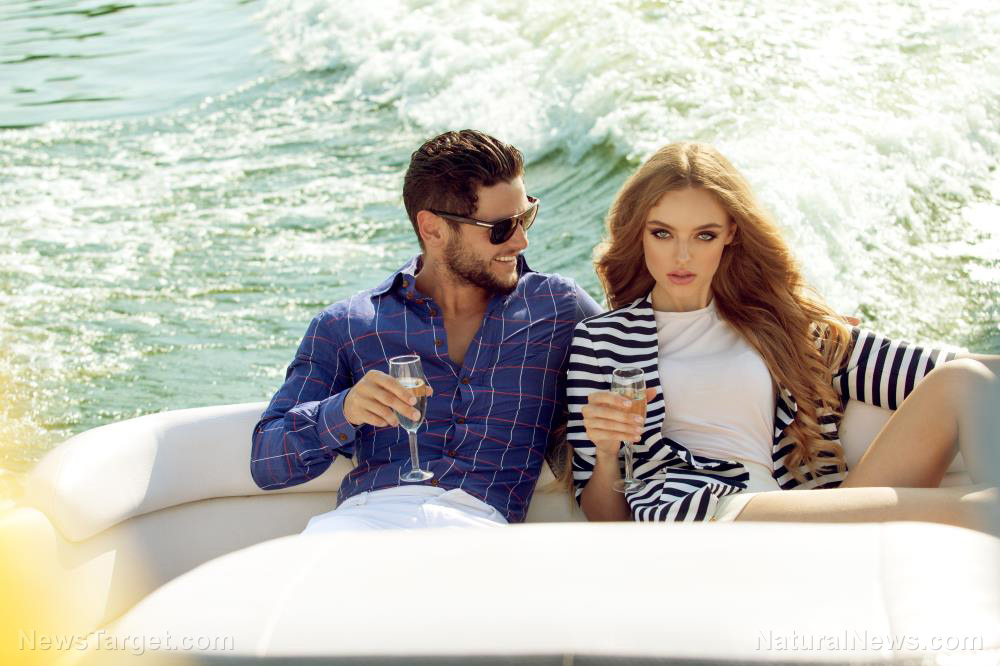 (Natural News) The uncertain global situation has led wealthy Americans to apply for citizenship or residency in foreign countries, as they have done so in the past three years. U.S. billionaires, tech entrepreneurs and celebrities are now initiating a “Plan B” for their families, according to multiple investment migration firms.

More than a dozen countries offer the so-called “golden passports” and visas that allow affluent foreigners to receive their citizenship or residencies in exchange for investing in the country, with programs ranging from $1.1 million in Malta to $9.5 million in Austria.

Ezzedeen Soleiman, a managing partner at Latitude Residency & Citizenship, said these people see these programs as a type of insurance policy. Billionaires have approached the firm to ask which is the best place to live if there’s a climate emergency, another storm or another global pandemic like the Wuhan coronavirus (COVID-19).

Dominic Volek, who serves as head of private clients at Henley & Partners, said there are “four Cs” that are currently driving the investor citizenship industry: COVID-19, climate change, cryptocurrency and conflict.

The increase in American applicants started during the Trump administration and escalated when the pandemic lockdowns began. (Related: End of COVID-19 tyranny: European countries move to ease pandemic rules.)

Volek said there was a point during the lockdowns where if one only had an American passport, then one cannot enter Europe. “I think that made a lot of particularly ultra-high net worth individuals realize that they’re potentially a little bit more fragile than they thought,” he said.

Dasein Advisors CEO Reaz Jafri said he also received more American inquiries over the past three years compared to the previous 20 combined. He said his U.S. clients often worked in tech, real estate or cryptocurrency, and are worth between $50 million and $20 billion.

What these Americans have in common is their deep-rooted fear about the future of American society. Whether it is a tech founder who was concerned about the rise in Asian-American hate crimes or young web entrepreneurs looking to avoid tax hikes, Jafri said wealthy clients across the political spectrum are planning for the worst.

Jafri said that while all lived through the past two years, “it all just reminded us how vulnerable and frail we are, and people who have the means are accepting that it will happen again – and they don’t want to be caught off guard.” (Related: Russia’s actions against the dollar could spur economic collapse for America.)

Currently, the most in-demand program is Portugal’s five-year residence permit, which allows visa-free travel to 26 countries in the European Union (EU). The country’s “golden visa” requires a minimum investment of over $200,000 with an average stay of seven days a year. Residents can apply for full-time citizenship after which they can also take an additional three years.

The spike in Americans seeking golden passports comes amidst fear that these programs created loopholes for shady individuals and “dirty money” to enter the EU.

Sophie in ‘t Veld, a member of the European Parliament, said these passports were “designed for shady business, shady money and shady characters.”

Bulgaria, Cyprus and Malta – three EU countries offering golden passports – are phasing out or considering ending their programs, while 12 other EU countries, including Greece, Spain and Hungary, are considering new limits or phasing them out.

Transparency International, which has highlighted the widespread fraud and corruption in this program, said simply ending it is not enough. The group has previously called on governments to consider revoking existing citizenships and visas from individuals deemed “suspicious” based on financial transactions and sources of funds.

However, efforts to shut down or limit the programs have faced stiff opposition from law firms, investment companies and government agencies that they have benefitted. The business of selling these visas and passports has already exploded to $21 billion a year, and is expected to grow to over $100 billion in revenue by 2025.

Watch the video below to know why Americans are looking for ways to escape the United States.

Europe would have had MILLIONS of coronavirus cases if it did not close borders, finds study.