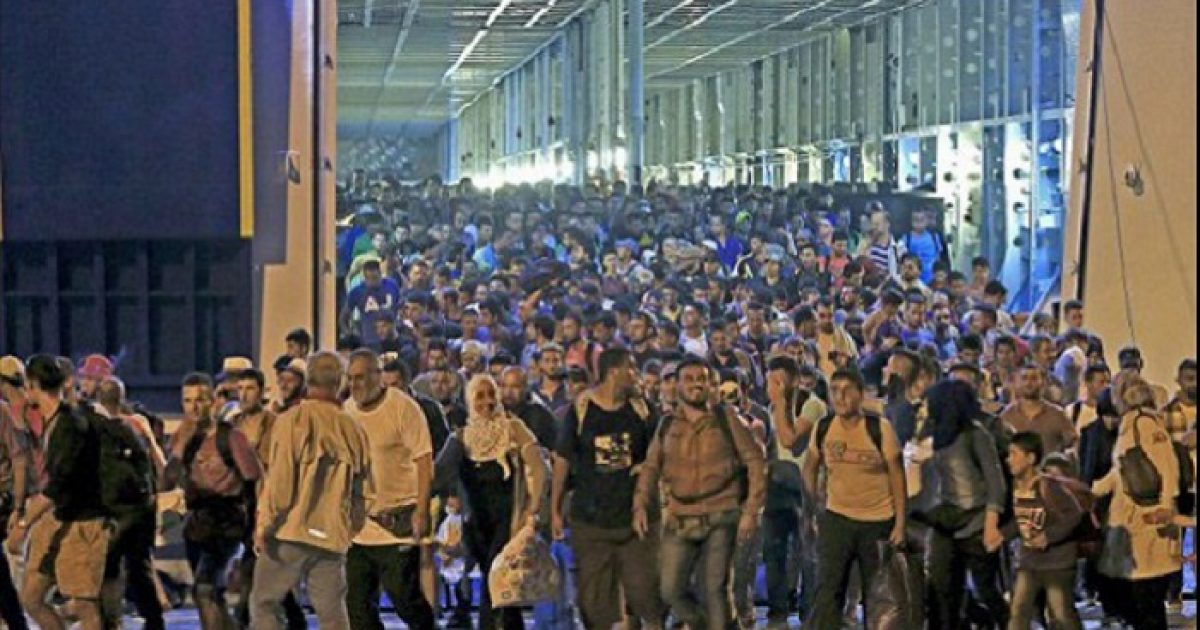 When did the united States, virtually all European nations, and possible Japan relinquish authority to the United Nations (UN) to regulate, control or solve any “population” issues – aging, declining or otherwise? The answer is no nation has, but that hasn’t stopped the global world ruling organization wannabe from attempting to cajole nations into adopting a “replacement migration” plan in the upcoming global compact for international “migration” conference to be held on December 10-11, 2018, in Marrakesh, Morocco. Bulgaria has become the latest nation, along with the united States, Australia, Austria, the Czech Republic, Hungary, Italy, Israel and Poland to reject this “pact of self-destructing national sovereignty” concocted by nefarious members of the UN.

“Bulgaria will not join a United Nations accord on regulating the treatment of migrants worldwide and would not attend the conference marking its formal adoption in Morocco next week, its centre-right government decided on Wednesday,” Reuters reports.

The pact reportedly seeks to make immigration a “human right” and “criminalize criticism of migration” as “hate speech.”

The government of Belgium is currently “teetering on the brink of collapse” as a result of their ruling party saying they would back the pact.

‘Belgium’s center-right government is teetering on the brink of collapse after Prime Minister Charles Michel took the U.N. migration pact to parliament for approval against the wishes of the biggest coalition partner.’ https://t.co/WyeTQwLiSJ

'Belgium's center-right government is teetering on the brink of collapse after Prime Minister Charles Michel took the U.N. migration pact to parliament for approval against the wishes of the biggest coalition partner.' https://t.co/WyeTQwLiSJ

In discussions over the pact, many people brought up a disturbing plan from the UN which called for “replacement migration” to address the “new challenges of declining and ageing populations.”

Though the plan was released in 2001, the UN sometime over the last two weeks took down a page many people were linking to which featured the plan (it’s still up on another section of their website).

Admittedly, this writer does not frequent the website of the UN, because; it does not deserve the status to which many nations have elevated it. To discover the UN has had some type of “replacement” plan for the world nations’ population since 2001 is deeply disturbing. Furthermore, the plan proposes to fit 4 billion people into Europe and the United Kingdom.

The preamble of the page reads:

United Nations projections indicate that over the next 50 years, the populations of virtually all countries of Europe as well as Japan will face population decline and population ageing. The new challenges of declining and ageing populations will require comprehensive reassessments of many established policies and programmes, including those relating to international migration.

While the UN may project declining populations over the next 50 years based on whatever measure they use to determine such, it is not the place of the UN to determine how the world’s nations cope with a changing population. That is left to each sovereign nation to determine. Furthermore, this “replacement migration” plan to move people from one region to another only addresses movement of people, not immigration and assimilation of skilled individuals into established cultures. This is nothing more than a plan to massively infuse civilized cultures with conflicting cultures to destabilize Europe, the united States, Japan and Russia.

And where does the UN propose the individuals originate to “populate” the above listed nations? It’s only a hypothesis, but from the nations obviously missing from the chart – nations of Africa, the Middle East, Pakistan, South and Central America, India, etc. In other words, a total balkanization of Europe and the united States meaning the mixing of multiple cultures, which we know doesn’t work and leads to segregated sections of cities becoming “no-go zones” for some native populations.

Breitbart News reported that Germany and France are attempting to “shake down” the rest of Europe for refusing to take illegal alien invaders, what the two leaders of these nations term “migrants.” Macron and Merkel believe European nations who do not want illegal alien invaders in their country should be made to pay for exemption from the European Union’s “redistribution” program. In European Union bureaucratic speak, this means “you pay more money to the European Commission budget or you pay more money to African development projects.”

Strikingly important along the UN’s “replacement migration” plan is the recent failure of the UN General Assembly to pass a resolution condemning Hamas. According to Breitbart News, “While the US-backed draft resolution got a comfortable majority of votes, it fell short of the two-thirds super-majority needed to pass. Eighty-seven countries voted in favor of the resolution, while 57 opposed it. Thirty-three countries abstained and another 23 were not present.”

Israel praised the outcome of the vote as showing wide support for their position against Hamas, but stated the vote would have been a majority had it not been “hijacked by a political move of procedure.”

Does anyone else find it ridiculous the UN has to vote to condemn a worldwide-known terrorist organization? Who cares if the UN condemns Hamas or not? Independent sovereign nations can declare and treat Hamas as a terrorist organization, plain and simple. No nation needs UN approval to conduct their domestic business nor any international business. Hamas is a terrorist organization along with the Muslim Brotherhood, Hezbollah, Al-Qaeda, ISIS, CAIR, and the other assorted Muslim organizations and associations. Evidently, the UN lacks a considerable number of intelligent individuals serving in the General Assembly or too many anti-Israel, anti-Semites occupying positions.

So far, there has not been one positive contribution the United Nations has made to quell any discourse between nations. It is an “international cooperative body” that has zero ability to enforce anything. In truth, UN “peacekeeping” forces have committed numerous atrocities against native populations in the countries they have been deployed causing more strife and grief than keeping the peace.

How is it that supposed “intelligent” members of varied world governments cannot see what the average individual can – the UN is nothing more than a nefarious organization bent on destruction of individual national cultures, national sovereignty and national borders? Simply put, the world has a “UN problem” that needs to be corrected. The solution is to pull all the nefarious organization’s monetary contributions, kick its proverbial *** out of the united States, and stop entertaining the idea of some “international organization” that can help nations settle their differences. It hasn’t worked yet and it won’t ever work. If anyone needs an example, you have not been paying attention.