The Ayatollah has no clothes

We are so used to being fed the Iran Boogey Man stories we never ask questions. Iran is the local bully that everyone fears. They are so fearsome that President Obama and his hapless sidekick, John Kerry, gave them everything they wanted in the Iranian Nuclear Agreement. Their neighbors have to keep a close eye on them because they spend millions of dollars backing conflicts in the region. You’d think they are some kind of badasses, bulletproof maybe.

Is Iran any more dangerous than we allow them to be?

Does Iran have the capacity to damage the US economically? Not really, now that we are oil independent. Despite the sanctions, saber-rattling and war talk, the US still exports food and other items to Iran. In the first quarter of 2018, we sent them over $50 million worth of goods and imported $28.6 million. Even though bilateral trade was about $78.8 million, that isn’t even a drop in the bucket to our economy.

Iran’s economic value to the West is in destabilizing the region and boosting the market for military equipment to keep their neighbors safe. For example, Saudi Arabia is the major purchaser of military arms and equipment. During the eight years Obama was in office, the Saudis purchased $112-billion-worth of U.S. weapons.

Obama Sent Troops to be Slaughtered by Madman Soleimani

Iran doesn’t control enough petroleum to damage the oil market, driving prices up. If they were cut completely out of the market, it wouldn’t cause any financial repercussions for the US. The Trump naysayers predicted a price of $120 dollars per barrel when the President canceled the Obama nuclear agreement with Iran. Instead, Trump convinced Saudi Arabia to make up the difference in Iranian exports, and prices remained stable.

Iran is a paper tiger of our own design. Look at the map, above. The inset shows their area of vulnerability. The narrow gap across the Strait of Hormuz (30 miles) is Iran’s Achille’s heel. Controlling that tiny piece of watery real estate is all it would take to bring Iran to their knees, trapping their Navy and blocking their commerce.

Bandar-Abbas is located at the neck of the Strait of Hormuz. It is Iran’s major port for imports and exports, and the home base for its entire naval force.  Bandar-Abbas International Airport serves over a million passengers per year and has runways capable of accepting wide-body aircraft. This port city is the hub of Iran’s trade system. Shutting it down would send immediate shockwaves through their economy.

Unlike the US, which has a network of rail systems feeding our ports on both coasts and the Gulf, Iran has only one rail line going from Tehran to its main port at Bandar-Abbas on the southern coast. This 700-hundred-mile rail line is their second choke point. The major road system feeding Iran spurs off this main railway. Although other railways are present in Iran, they are minor players in their nation’s transportation system.

What nation can afford to have its navy trapped like Iran’s? A complete naval blockade across that thirty-mile neck would allow Saudi Arabia to continue using its Persian Gulf ports but shut down all of the goods in and out of Southern Iran. Not a shot would have to be fired except to enforce the blockade. Unlike Iraq, no military invasions would be required, no massive civilian casualties.

As a secondary target, the Bandar-Abbas Railway system could be strategically bombed. It is an exposed and fragile artery with many large bridges and mountain tunnels. It would be a target-rich environment and would take years to rebuild. To move troops and equipment, Iran must have an intact highway and rail system. 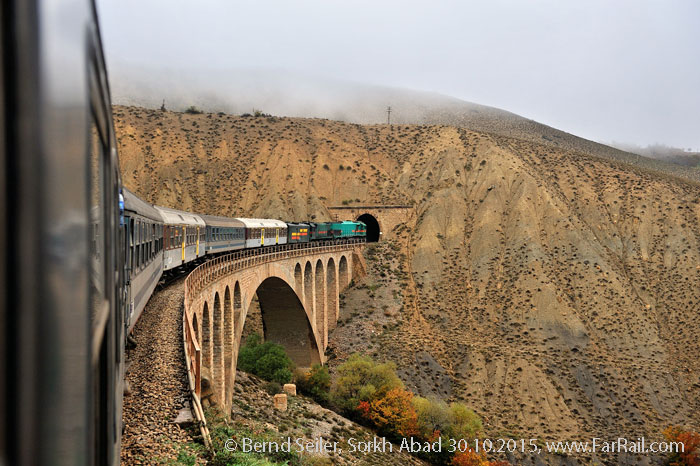 Unless Iran can control its neighbors, it will remain isolated and vulnerable. If the Strait is blockaded, Iran would have to rely on Afghanistan, Pakistan, Iraq, and Turkey for import and export routes, driving the price of their oil well above the market. If Iran cannot export its oil, its economy will collapse quickly.

As it currently stands, Iran is toothless. Without support from Western countries like the UK, France, and the US, they would have few resources to carry out their destabilization of the Middle East. When Obama gifted Iran with $150 billion dollars, his administration and the Deep State knew they would use it to continue promoting war with their neighbors in the region. If you are ever stuck trying to figure out “why” a politician did something, just look at the outcome.

When Iran is no longer needed as the region bully, they know their legs can be cut out from under them. Right now conflict means money, and many countries are getting rich arming everyone in that part of the world. Why mess up a good thing by taking Iran out of its current role. Regime changes are risky; you don’t know the outcome.

For Iran to have future control over their destiny, they need nuclear weapons as a deterrent and a threat against any aggressors. For Western nations to maintain control over Iran’s role in the Middle East, they need to ensure they never become a nuclear power.

The next time you hear politicians and foreign policy “experts” fretting over Iran remember their entire nation can be brought down with a thirty-mile blockade.

COVID-19: The Weaponization Of Fear & The Loss Of Freedom

October 25, 2021
Right Report
BREAKING News From The Border- THEY GOT THEM!
AFF

Hell Fire Preaching… Where Is That In The Scriptures? It Isn’t!
October 25th, 2021 Sons of Liberty Media
Powered by WordPress RSS Feed Plugin
PowerInbox 5×1
You Might Like