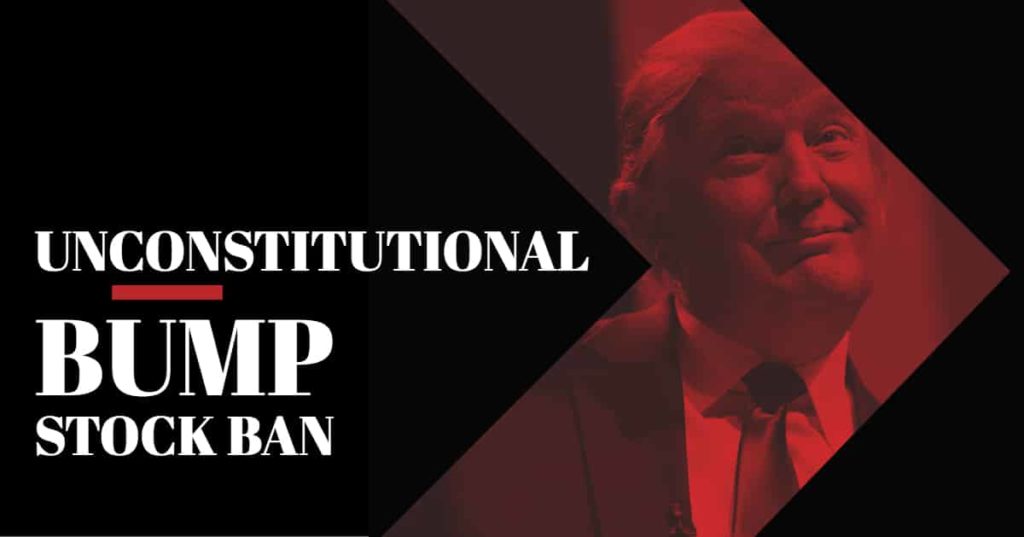 During the last presidential campaign, we were told over and over that if Hillary Clinton won we’d get more gun control. Like Pres. Obama before her, we know she would’ve tried and was likely to meet a great deal of opposition.

But she lost. And yet, we’re definitely getting more federal gun control.

Yesterday, the Trump administration said that a formal ban on bump stocks will be released in “the coming days or weeks.”

The new plan will reportedly give bump stock owners 90 days to either destroy or turn in their devices.

Think about that for a minute.

Barack Obama – who was clearly and vocally hostile to the right to keep and bear arms – was not able to get any new federal law or regulation implemented to require gun owners to turn in or destroy anything.

But the NRA-backed Republican President Donald Trump is going to do just that.

The lesson should be crystal clear: If you believe in the right to keep and bear arms – or any right for that matter – relying on federal politicians to protect and preserve those rights, to uphold their oath to the Constitution, is a failed strategy.

Patrick Henry warned us about trusting politicians with our liberty in a speech during Virginia Ratifying Convention (5 June 1788):

Show me that age and country where the rights and liberties of the people were placed on the sole chance of their rulers being good men, without a consequent loss of liberty?

To protect the right to keep and bear arms, gun rights activists will need to turn their attention inwards – towards states, local communities, businesses and individuals. Relying on anyone in Washington D.C. is dangerous.

Michael Boldin [send him email] is the founder of the Tenth Amendment Center., where this article first appeared. He was raised in Milwaukee, WI, and currently resides in Los Angeles, CA. Follow him on Twitter – @michaelboldin and Facebook.