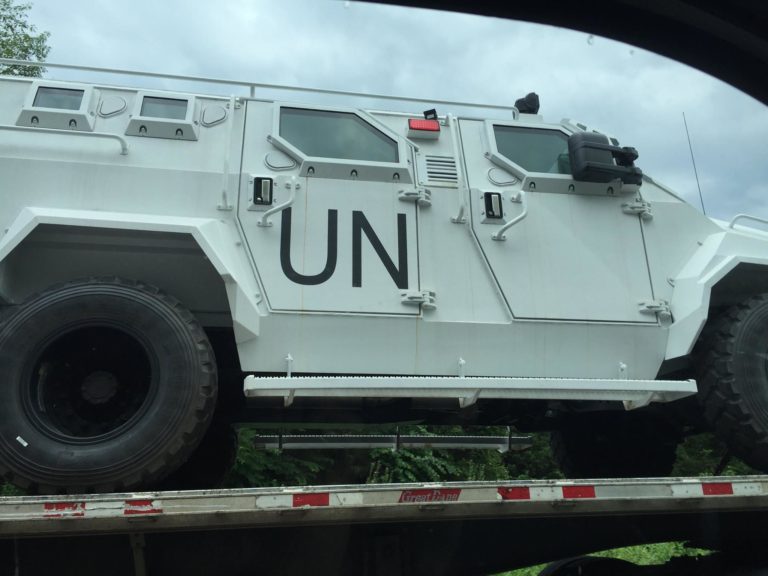 (Natural News) Any fair-minded American knows that generally speaking, the United Nations as an entity has nothing but animosity towards the United States — that is, until the organization’s leaders feel the need to pick the pockets of American taxpayers when the proverbial stuff hits the fan somewhere in the world and they need a paymaster to bail out the affected countries.

And after all, that makes perfect sense when you understand that the bulk of member nations are run by thugs, dictators, monarchs, and authoritarians — just the sort of “leaders” who abhor the personal liberty and freedoms guaranteed to Americans in our Constitution.

But as bad as the UN’s behavior is at times, it can always get worse. And this week, it did.

Fifty-four UN member states issued a statement on Tuesday coming out in defense of Communist China for building more than 1,000 concentration camps used to imprison, indoctrinate, rape, torture, and kill Muslims, describing such camps as building a “stronger sense of happiness” throughout the country.

The country of Belarus, aligned with Russia and considered the last true dictatorship in Europe, delivered the statement on behalf of 53 other signatories who are aligned with China at the General Assembly hall of UN headquarters in New York City.

The statement came in response to another group statement that condemned Beijing’s horrendous human rights activities and repressive authoritarianism.

China has built hundreds of concentration camps in western Xinjiang province – home to the nation’s Muslim Uyghur ethnic minority – since late 2017, which it has used to imprison up to 3 million Uyghurs, Kazakhs, and Kyrgyz Muslims.

The mostly Kazakhs and Uyghurs who survived the camps and are married to foreign nationals who made appeals for their freedom abroad, said that they were subjected to regular beatings and forced sterilization.

In addition, the ‘reeducation’ curriculum included being forced to learn and memorize Communist Party propaganda songs and slogans, profess their loyalty to Chinese President (dictator) Xi Jinping, and be sex slaves for camp guards.

The UN has a history of enabling tyrants

Some have also accused Beijing of using camp prisoners as slave labor to manufacture goods that are sold all over the world, including in the United States. And of course, many of these prisoners have reportedly been subjected to organ harvesting (Natural News began reporting on this horror as far back as 2006).

“Faced with the grave challenge of terrorism and extremism, China has undertaken a series of counter-terrorism and deradicalization measures in Xinjiang, including setting up vocational education and training centers,” the country said, using China’s preferred term for the concentration camps. “The past three consecutive years has [sic] seen not a single terrorist attack in Xinjiang and people there enjoy a stronger sense of happiness, fulfillment and security.”

Mind you, countries are free to rule themselves in any way they want and in any way the population of those countries will approve and tolerate. But that doesn’t mean cruel and unusual treatment of citizens could or should be tolerated. A country that will simply do business with China and its allies despite their treatment of citizens is akin to enabling that cruelty.

Speaking of human rights abuses, Belarus isn’t much better than China; even the UN has defined it as “fundamentally poor.”

But then, Belarus plays an integral role in China’s “Belt and Road Initiative,” an economic development program that Beijing uses as a debt trap for nations so Beijing can exploit their resources, infrastructure, ports, etc.

President Trump has made reversing China’s economic gains made at America’s expense a top priority. He understands that the Asian giant has become America’s biggest rival and near-peer competitor.

He also knows that, at its core, the UN is a corrupt, worthless organization, which Belarus and its ‘allies’ have just proven. Again.

Read more reports of the enslavement of humanity at Enslaved.news.