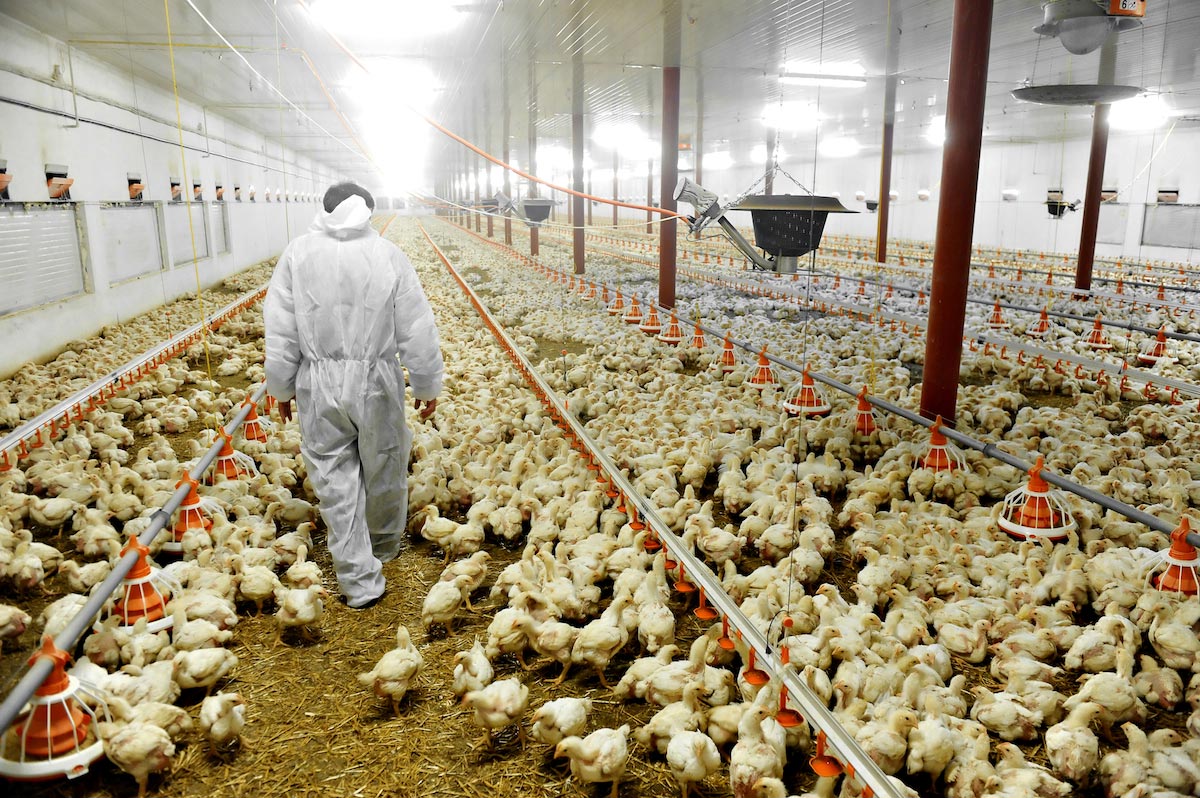 (Natural News) There is another engineered plandemic taking place, this time against U.S. poultry.

According to the government, avian flu, or bird flu, is sweeping across chicken and turkey farms, which means officials must slaughter these birds in order to keep people from eating their meat and eggs – even though cooked meat and eggs are admittedly safe for consumption.

Using the same fraudulent PCR tests that were used to “diagnose” Americans with the Wuhan coronavirus (COVID-19), government officials are now mass-testing poultry and slaughtering them whenever the results come up “positive.”

The latest poultry genocide has occurred in Iowa, where 5.3 million hens and 88,000 turkeys were killed due to allegedly being infected with bird flu. All across the nation, some 22 million egg-laying chickens, 1.8 million broiler chickens, 1.9 million pullet and other commercial chickens, and 1.9 million turkeys have been put down so far amid the panic.

Since the alleged “outbreak” began about a month ago, operations all across the country have been forced to put down more than 18 million chickens and 305,000 turkeys. Conveniently, the “outbreak” occurred right as the plandemic mask mandates ended and Russian President Vladimir Putin invaded Ukraine.

“Iowa is the nation’s leading egg producer and had 46 million chickens on farms in February, according to U.S. Department of Agriculture data,” reported CBS News in Minnesota. “Iowa raises about 11.7 million turkeys annually.”

Piece by piece, they’re decimating the global economy and greasing the wheels for mass starvation

The USDA claims that 23 states now have confirmed cases of avian flu, the policy for which is to destroy all birds in the vicinity and use their remains for farm compost.

The alleged disease is said to spread via the droppings or nasal discharge of infected wild birds such as ducks and geese. The claim is that these droppings and discharges taint dust and soil, spreading the virus throughout poultry populations.

“Infected wild birds have been found in at least 26 states, and the virus has been circulating in migrating waterfowl in Europe and Asia for nearly a year,” the corporate-controlled media claims.

“The Centers for Disease Control and Prevention said the cases in birds do not present an immediate public health concern. No human cases of the avian influenza virus have been detected in the United States. It remains safe to eat poultry products. Cooking of poultry and eggs to an internal temperature of 165 [degrees] F kills bacteria and viruses.”

If there is no immediate public health concern, then why the need to destroy all these birds at a time when their meat and eggs are desperately needed due to shortages and inflation? Does the timing of all this seem suspect to anyone else?

It sure does to this writer, who is observing a systematic takedown of the global economy, one piece at a time. There was COVID, then there was bird flu and the invasion of Ukraine, and now there is skyrocketing inflation, fuel shortages, and other problems all slamming the world at once.

Is this all just a big coincidence? Or is every component of this part of a multi-year plandemic protocol to take out the food supply, fossil fuels, and entire economies so they can be absorbed into a new world order where everyone owns nothing and is “happy” – everyone who actually survives, that is.

A few years back, the Health Ranger put out a report about how to beat bird flu and other associated viruses naturally. Check it out to learn more about how to protect yourself and your backyard flock (if you have one) from whatever bioweapons might be circulating at any given time.