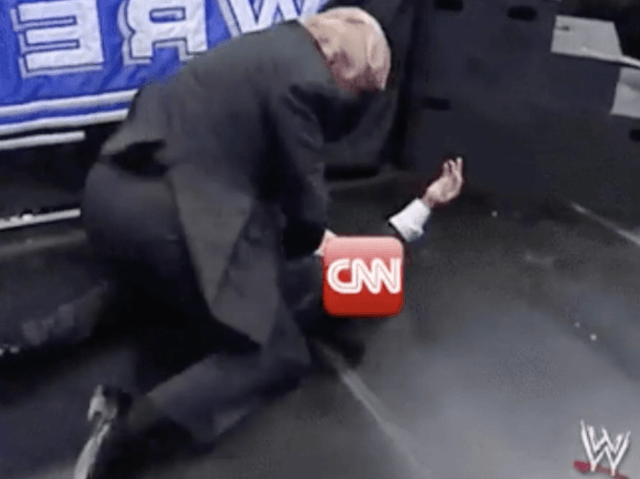 The United States has not had real journalism from authentic journalists for many years. What we have from main media sources such as CNN, MSNBC, most major newspapers, and various magazines today is propaganda. The very definition of journalism is multi-faceted, but basically deals with the facts. Real journalists will report news that comes across the wires in its factual form, a propaganda machine will take the news and slant the actual facts to fit into their agenda. A propagandist media’s main purpose is to influence the public rather than inform them.

The basic definition of journalism is broken down into 3 categories.

Online journalism can come in the forms listed above, as well as:

The definition of propaganda is as follows.

Thus, we can clearly see what we are getting from the mainstream media is not journalism at all that informs us of anything, but is propaganda in its purest form to persuade us in believing in the itinerary of their agenda.

The mainstream media in the US has been under the complete control of what they are allowed to present to the American public by various government agencies, clandestine and otherwise, via a handful of individuals connected to them.

President Trump has been aware of the political propaganda machine in the US for years. The president is not a person who just decided to run for office who was unaware of this. He has known this fact for virtually all of his career as a businessman and realizes just how much government policies can affect business and industry. This is the reason he calls out the main media as fake news.

The bottom line is, we know the Socialist Left in office want to regain control over the US they lost when Trump was elected president, at any cost. They will lie, cheat, and steal to regain the dictatorship they had during the Obama reign.

One of the biggest lies out there for all to see is their policy of open borders where they want anyone to be able to come to the US illegally at will. This, while at the same time, not saying a word about getting rid of the Constitution-killing laws like the Patriot Act and NDAA put into law in the first place to supposedly protect us from international terrorism.

The point is, if they are so concerned about keeping the country safe that they want these laws in place, they would not be advocating open borders at the same time, which is essentially the same as putting billboards at our southern border saying if you’re an international terrorist who wants to destroy the US, just come on over any time, you are welcome.

The state of the main US media today resembles WWE’s Monday Night Raw more than it does anything having to do with media and journalism.

Tony Ellliott is an established writer with articles in over 20 publications of differing topics. He was Political Commentary Columnist for the Cimarron News Press in Cimarron, New Mexico from 2001 to 2003. Tony was also a regular writer for several small coastal newspapers in Southern Oregon during the early 1990’s. BOOKS: Aura Visions: The Origin Prophecy, Enviroclowns: The Climate Change Circus, Strange Sounds: A Research Report