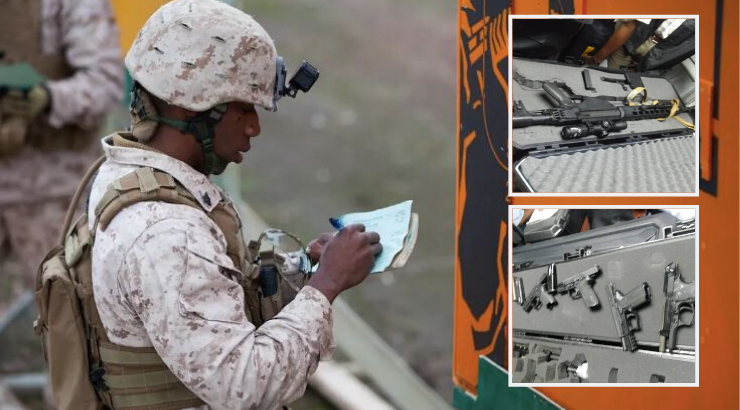 An active-duty U.S. Marine was arrested for attempting to smuggle guns and ammunition into Haiti in order to train soldiers for an apparent military coup in hopes of eventually becoming president.

According to federal prosecutors, Jacques Yves Sebastien Duroseau, a military firearms instructor with the U.S. Marines, admitted to smuggling the guns into Haiti to “teach marksmanship to the Haitian army” to “defeat the thugs” who have destroyed the country.

However, an informant told investigators that his plans for the weapons were far more ambitious, saying Duroseau was going to attempt to take control of the country and become president himself. The informant, who was not identified in court documents, appears to be an accomplice who turned on Duroseau when the pair were caught flying into Haiti last month. Investigators say that the informant was traveling with Duroseau and the weapons at the time of the arrest.

Duroseau reportedly purchased a small number of weapons while stationed at Camp Lejeune in North Carolina, and then attempted to fly them to Haiti on a commercial flight. He even claimed all of the guns and ammunition in his luggage, including five handguns, three military-style rifles, and body armor. This is a very small number of weapons when considering the needs of an army, but Duroseau reportedly told investigators that the shipment was symbolic, and intended to be a sort of publicity stunt.

“I know why I brought [the guns]. It’s still a part of the attention I need,” Duroseau reportedly told federal agents, adding that he planned on getting arrested so he could “gain a platform to make a statement.”

Duroseau and his companion were able to make it through the TSA with the weapons when they left the United States, likely due to their military clothing and credentials, but Haitian officials became suspicious when they landed in Port-au-Prince on November 12.

“That they became suspicious when they saw the three black cases, two of which were long. Most often the cases mean guns are inside,” Haitian officials told the Miami Herald.

After he was caught, Duroseau admitted that he knew it was illegal to ship weapons and body armor to Haiti, but insisted that he only wanted to teach Haitian soldiers how to shoot.

According to the indictment, Duroseau told investigators that he wanted to “wear the uniform of the military that’s been established” and “defeat the thugs that have been creating a little bit of part of the instability in Haiti.”