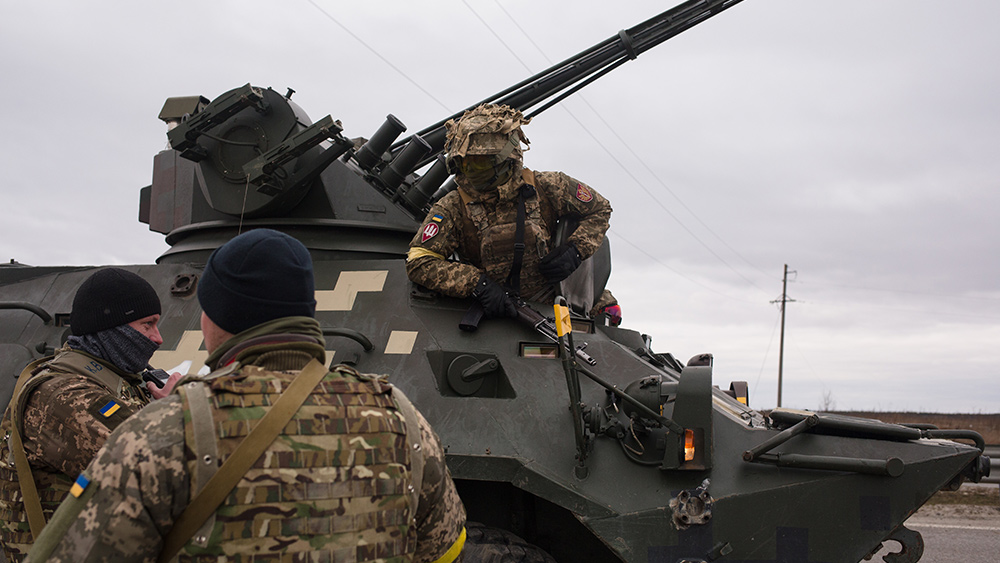 (Natural News) Analysts from the Bank of America have warned that the support the United States is providing Ukraine is pushing the country’s military stockpiles to “dangerously low levels” not seen in decades.

America has sent tens of billions of dollars worth of military aid to Ukraine. Part of that aid – worth approximately $8.4 billion – comes from military equipment taken from the Department of Defense‘s (DOD) own weapons stockpiles. It was procured through an authority known as “presidential drawdown.” (Related: Costly war: American aid to Ukraine about to hit $65 billion.)

“Presidential drawdowns have pushed U.S. weapons stockpiles to dangerously low levels that have not been seen for decades,” wrote the analysts. “On several ground systems, DOD officials have indicated that ammunition stocks have dwindled to levels that would be considered problematic during wartime.”

The analysts noted that President Joe Biden has drawn from crucial military stockpiles at least 20 times since Aug. 2021 through his presidential drawdown authority. The federal government is already seeking the help of major defense contractors to restock depleted inventories.

The Bank of America analysts noted that some of the largest defense contractors like Raytheon, Lockheed Martin and General Dynamics have already been given $1.2 billion worth of contracts to replenish stockpiles. These contracts include:

One of the biggest concerns of defense officials is the flow of American-made ammunition into Ukraine, including for handheld firearms and for larger weapons systems like artillery pieces.

Since the beginning of Russia’s special military operation in late February, the U.S. has sent the following to Ukraine:

The military has declined to say how many rounds of artillery it had in its stockpiles at the start of the year due to national security concerns. But one defense official who spoke with the Wall Street Journal noted that the level of 155mm artillery rounds in storage has become “uncomfortably low” in recent weeks.

While the levels aren’t critical at the moment because the U.S. isn’t engaged in any major military conflict, the official noted that it is not at the level they would like to go into combat.

Defense industry officials familiar with the situation noted that the potential shortage in ammunition isn’t due to a lack of funds. But the Pentagon has yet to actually set aside money to address the issue. Furthermore, since the beginning of the conflict in Ukraine, industry officials have complained that the Pentagon hasn’t been communicating what it needs from defense companies.

The supply lines for reinforcing the country’s stockpiles are still dormant. Companies noted that they are already producing ammunition, including 155mm and 180mm artillery rounds, but not yet in the capacity that will allow the U.S. to replenish its stocks before it is depleted due to the shipments of military aid heading to Ukraine.

Worse yet, industry analysts note that it will take between 13 to 18 months from the time the Pentagon orders more ammunition before the defense industry finishes manufacturing. Replenishing stockpiles for more sophisticated weaponry such as missiles for HIMARS, Javelin and Stinger platforms will take even longer.

Read more about the war in Ukraine at UkraineWitness.com.

Watch this episode of the “Health Ranger Report” as Mike Adams, the Health Ranger, talks about the weapons being taken from Americans and sent to Ukraine.

Congress wants ANOTHER $12 billion sent to Ukraine as “aid” while America’s southern border suffers from lack of funding.

Prather Point: Biden is turning Ukraine into an ENDLESS WAR for the benefit of war profiteers – Brighteon.TV.

Whistleblowers reveal that weapons of active duty American military units are being taken away and sent to Ukraine.