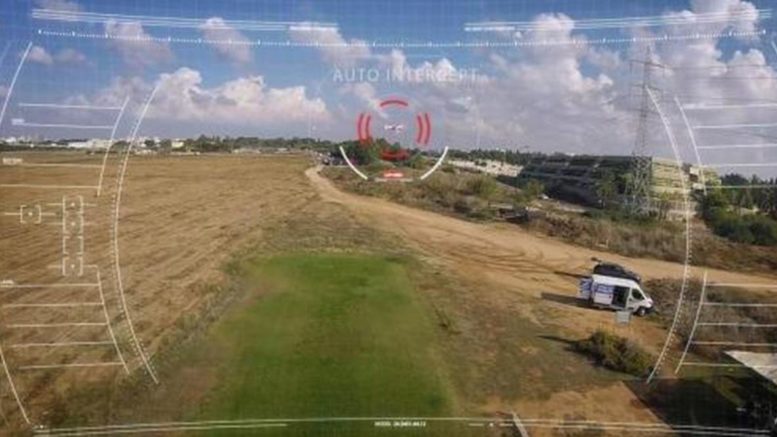 The U.S. Department of Defense (DoD) has partnered with an Israeli-based startup, called Xtend, to pilot test the Skylord drone, initially developed for the gaming world, which would be used as a drone interception system on the modern battlefield.

The joint pilot program will be directed by the Directorate of Defense Research and Development (DDRD), in the Israel Ministry of Defense, with Xtend, and the U.S. Combating Terrorism Technical Support Office, of the DoD, to test Skylord’s full interception capabilities.

The Skylord drone is small and extremely fast and uses a net to disable small enemy drones. Skylord is equipped with a camera and automatic tracking software. The operator can control the drone via virtual reality and augmented reality glasses.

“Using an augmented reality (A.R.) device and single-handed controller, a military operator may employ the … system to control the drone and perform complex tasks remotely, with great ease and precision. Its interface enables the operator to immerse themselves or ‘step into’ a remote reality and engage targets effectively yet safely,” according to a statement from Xtend.

Xtend’s CEO Aviv Shapira said Skylord is a proven drone interception system that has seen action over the Gaza border.

“The system’s capabilities have been demonstrated in Israel, with confirmed interceptions of incendiary devices flown over the Gaza border by terrorist organizations. The interface allowed the user to feel the area through the ‘eyes’ of the drone, experiencing the event as if the operator was in the drone, without risking their life,” Shapira said.

Lt. Col. Menachem Landau, who leads the unmanned aerial systems branch in the DDRD, said in a statement to Defense News:

We met the company and began to see what we can do regarding challenges on the battlefield which we had here in Israel… We are developing several capabilities with this technology, instead of sending the soldier into the building, sending the drone into the building [for instance], to get information.

So the question readers must be asking: Why would the DoD be interested in counter-drone systems? One reason is that weaponized drone swarms are becoming a massive threat that, if large enough, could soon be classified as a “weapon of mass destruction.”

In early August, documents uncovered through the Freedom of Information Act outlined America’s largest nuclear power plant has been the target of ‘mysterious’ drone swarms.

And for all the airline pilots getting laid off – maybe becoming a drone operator might not be such a bad gig (read: here).