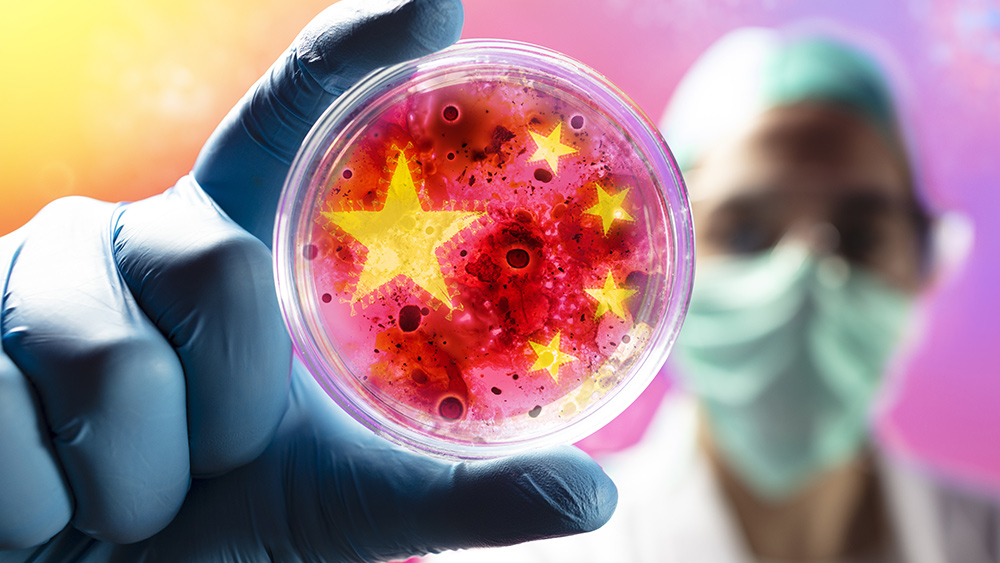 Natural News) An American non-profit organization closely tied to the Wuhan Institute of Virology (WIV) is being sued for its alleged failure to disclose that taxpayer funds supported its work. In its lawsuit, filed March 15, the White Coat Waste Project (WCWP) alleges that the EcoHealth Alliance (EHA)’s omission of taxpayer funding in its declarations violated a federal law known as the Stevens Amendment.

The suit indicated that EHA diverted taxpayer money amounting to $600,000 to the WIV between 2014 and 2019. The organization did so through National Institutes of Health (NIH) sub-grants, as part of a research project studying coronaviruses from Chinese bats.

But press releases by the EHA in regards to the project did not indicate that it was backed by federal funding – a violation of the Stevens Amendment. Named after the late former Sen. Ted Stevens (R-AK), it requires any group that receives funding to disclose the percentage of costs financed with federal money and the total amount. This percentage and amount of federal funding must be included in all statements, press releases, bid solicitations and other documents describing a project.

Furthermore, groups funded by the Department of Labor, Department of Health and Human Services (HHS) and Department of Education are required to disclose this federal funding percentage and amount in all their documents.

The WCWP flagged three EHA press releases about the group’s work on bat-based coronaviruses in China that did not disclose the percentage or dollar amount of federal money financing it. According to The Wall Street Journal, this project received an NIH grant worth $3.4 million. The watchdog group’s complaint called on the agency to “permanently disqualify EHA from receiving taxpayer funding” in light of the non-profit’s infractions.

“Virtually all of EHA’s press releases reporting its taxpayer-funded experiments over the last three years violate the Stevens Amendment,” WCWP wrote in the filing.

“Taxpayers have a right to know – and federal law requires that we’re told – exactly how much of our money [EHA] has shipped to [Wuhan] … for reckless coronavirus experiments that may have caused the pandemic,” stated WCWP spokesman Justin Goodman.

Meanwhile, Republican Sen. Joni Ernst says that she will demand an investigation into the federal government’s failure to enforce the Stevens Amendment in light of the WCWP’s complaint.

“The American people deserve answers,” she remarked. “I’m demanding an investigation to compel HHS to comply with the law.”

Goodman also pointed out that the EHA’s has obscured its ties to the WIV before.

“EcoHealth’s rampant violations of federal transparency law are yet another example of the group and its President Peter Daszak obscuring their close ties to – and financial support for – the [Wuhan laboratory],” he remarked

EHA President Peter Daszak was the only American member of the World Health Organization (WHO) team that investigated the origins of COVID-19 in early 2021. But his involvement in the probe has been dubbed as a “major conflict of interest” due to his financial and professional ties with the WIV. (Related: WHO’s “investigation” into the Wuhan lab was conducted in part by a CCP advisor, Marion Koopmans.)

Furthermore, critics have also noted that Daszak was dismissive of the theory that the Wuhan coronavirus may have escaped from the facility. Back in February 2020, the EHA president penned a statement in The Lancet slamming such ideas as “conspiracy theories.” A spokesperson for Daszak later told WSJ that the letter was intended to protect Chinese scientists from online criticism.

The WHO fact-finding team led by Dr. Peter Ben Embarek said in a joint press conference last month that the lab leak theory is “highly unlikely.” Animal-to-human transmission and the virus entering via frozen food were the other theories put forward by Embarek’s team. But WHO Director-General Tedros Adhanom Ghebreyesus backpedaled on the investigation’s findings a few days later, saying that all theories “remain open and require further study.” (Related: WHO team lead: Coronavirus “already circulating” and had “mutated 13 times” within China before being reported.)

Meanwhile, Daszak said on March 17 that the WHO investigative team did not ask to review a database of virus samples from the WIV as he personally vouched for the laboratory. He added that this aforementioned database did not contain relevant information on the pandemic’s origins. The virus laboratory deleted the database containing at least 16,000 virus samples in September 2019.

Visit Pandemic.news to read more reports about the origins of the Wuhan coronavirus.