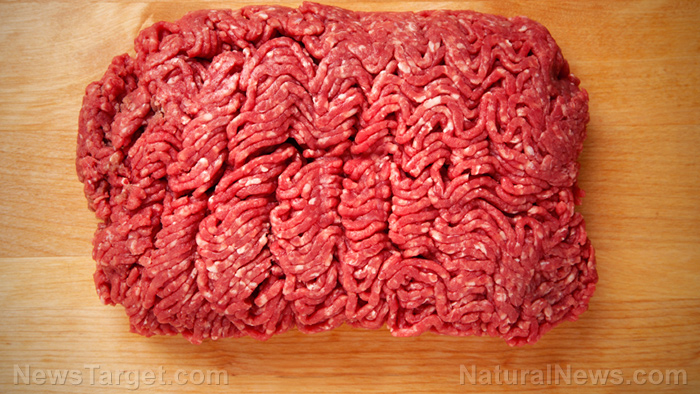 (Natural News) In a disturbing announcement, the United States Department of Agriculture (USDA) has indicated that more than 700 pounds of beef and pork is officially being recalled for mysterious contamination with human blood.

The products in question, which came from U.S. Foods and were sold both fresh and frozen, were apparently marked by the U.S. Food and Drug Administration (FDA) with the batch number “EST. 21103,” which has since been traced to an employee at the Birmingham, Alabama, plant of U.S. Foods who allegedly “suffered a cut” while working.

This employee failed to immediately stop working in order to address the cut, and is said to have continued handling the products, which were packaged and shipped to restaurants in Alabama, Florida, Georgia, Mississippi, and Tennessee.

A USDA spreadsheet outlines each of the potentially affected products, all of which were produced on July 18, 2019.

“The problem was discovered after the facility learned that an employee may have cut himself during production,” an official announcement from the USDA reads.

While no confirmed cases of adverse effects stemming from this contamination have thus far been reported, authorities are urging anyone concerned about having potentially consumed this meat to contact a healthcare provider immediately.

“FSIS is concerned that some product may be in restaurant refrigerators or freezers,” the USDA’s Food Safety and Inspection Service warns.

“Restaurants who have purchased these products are urged not to serve them. These products should be thrown away or returned to the place of purchase,” the agency further says.

For similar news, be sure to check out Unexplained.news.

It’s hardly surprising that bizarre incidents such as this continue to occur, seeing as how the USDA has long favored the types of industrial food production methods that often lead to contamination problems, which often lead to serious public health threats.

Earlier this year, it was reported that many small-scale farms (that have long produced clean food that’s not contaminated with human blood) are now going out of business at the same time that massive conglomerates are booming – all thanks to the USDA.

“We are going down the same road as the Russians with the collective farm system,” warns Chris Petersen, a third-generation pig farmer who was recently forced into bankruptcy, thanks to corrupt USDA policies that encourage and support only industrial farming.

“There, the government controlled it. Here, it’s the corporations,” Petersen went on to explain, chillingly.

As Natural News reported back in 2013, this incremental takeover of agriculture throughout America has been a long time coming, and continues to ratchet up with the blessing of the USDA. In time, there will be no more small farmers in the U.S., as all food production will have been consolidated into the hands of a select “elite” few.

“Is there anything safe to eat or drink?” asks one Big League Politics commenter about the dire situation that Americans face when dealing with today’s questionable food supply.

“Between spitting in drinks and [food], I’ll stay with my backyard grown crops,” the same commenter adds. “How third world are we becoming?”

To learn more about how to sustain yourself and your family off-the-grid, be sure to check out OffGrid.news.