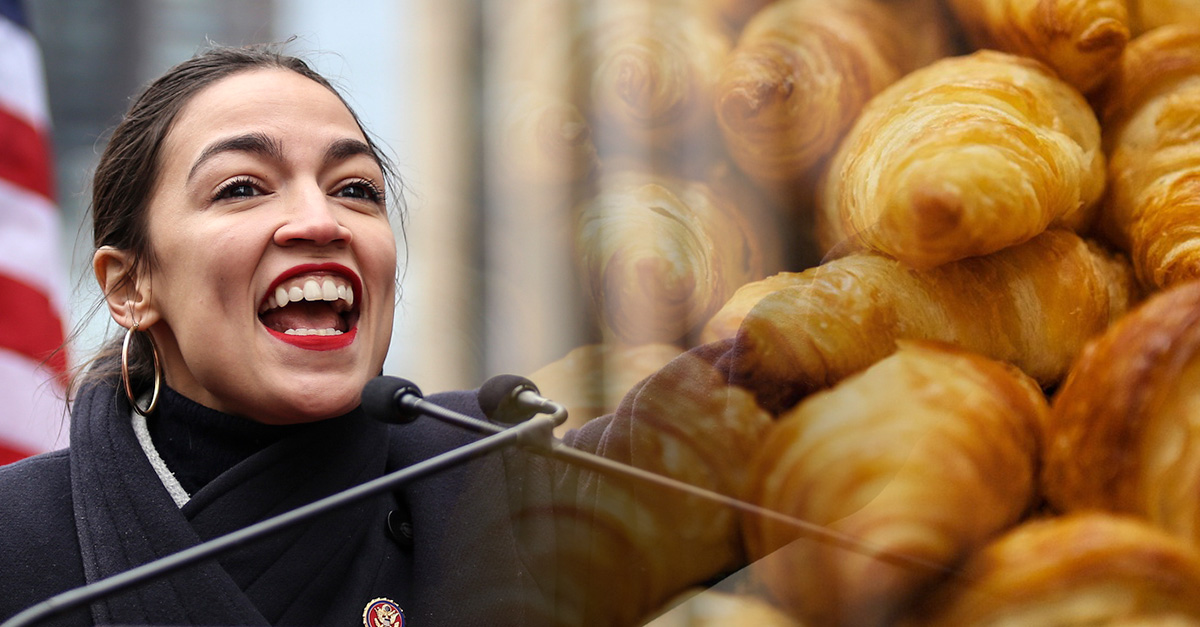 Freshman Congresswoman Alexandria Ocasio-Cortez (D-NY) took to Twitter Monday using a croissant as a prop for a fair minimum wage.

Croissants at LaGuardia are going for SEVEN DOLLARS A PIECE,” she tweeted. “Yet some people think getting a whole hour of personal, dedicated human labor for $15 is too expensive??”

AOC, who just last week falsely claimed that the United States had to amend the Constitution to ensure FDR would not be re-elected, when in reality FDR died in 1945 and the Constitution was amended in 1947, continues to embarrass her Bronx and Queens constituency.

Monday was no different.

AOC again tweeted without verifying the facts, and thanks to the Washington Free Beacon, we have them.

Ocasio-Cortez did not need to spend $7 on a croissant. LaGuardia’s Au Bon Pain, located conveniently in terminal C, offers croissants for less than half at $3.29. In that terminal, the minimum wage is $19 an hour. This was all conveniently omitted as Ocasio-Cortez tweeted without thinking, or worse, assuming no one was smart enough to find the facts for themselves.

Ocasio-Cortez, who lives in a luxury D.C. apartment and has refused to open up a district office, has simply been reckless while showing a clear lack of understanding of what it takes to govern effectively for her constituents. Last month, she successfully chased away more than 25,000 good paying jobs after leading the charge that saw Amazon pull out of opening a headquarters in Long Island City. Monday, she proved she doesn’t understand the pay scale at an airport within her own district.

Though the bigger question may be why was AOC at the airport? Yes, she was traveling to D.C. to fulfill her duties as a Congresswoman, but as part of her Green New Deal, she would like to see air travel reduced in favor of more high-speed rails. It just so happens there are dozens of trains per day that travel from New York City and right into Washington D.C., just a few short blocks away from the US Capitol building.

Alexandria Ocasio-Cortez has, and will continue to be an embarrassment to the Bronx and Queens. The people in NY-14 deserve more than tweets with the purpose to misinform. Not long ago, Amazon was prepared to deliver to Queens. In a fit of rage, Ocasio-Cortez campaigned tirelessly against Amazon and capitalism. We will never know exactly how many people she hurt, but one could guess the number is in the hundreds of thousands.

It wasn’t just the Amazon jobs she chased away, but the ironworkers, electricians, carpenters and numerous other union jobs that would have constructed the Amazon HQ. She hurt neighboring mom and pop restaurants, bodegas, all retail stores, the street cart vendors and all their families.

The democratic socialist has succeeded at one thing – taking money out of hard working New Yorkers pockets.

John Seravalli is a contributor to The Schpiel.