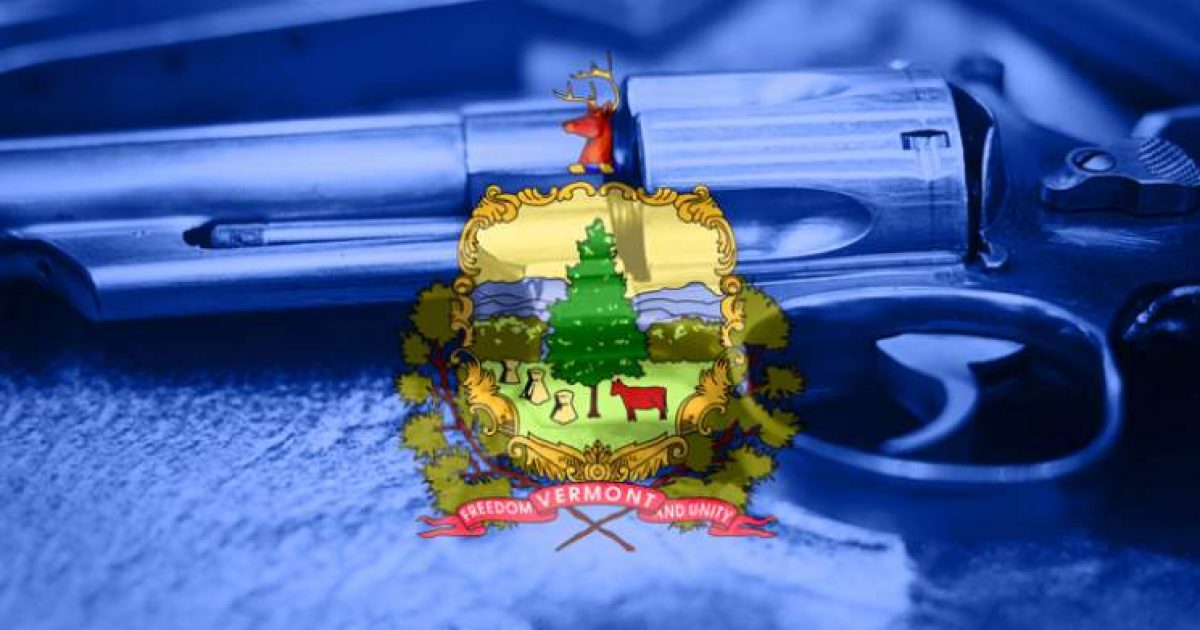 Though Vermont gives us the likes of Socialist Bernie Sanders, that doesn’t mean there are not true, American patriots in the state willing to stand up to the tyrants seeking to whittle away at their rights one by one. The last news out of the Green Mountain state is that gun owners and retailers are fighting back against the state’s latest pretended legislation to regulate the citizens’ weapons.

In pleadings filed last week, the Gun Owners of Vermont, joined by several gun and ammunition retailers, are challenging a state law requiring a Federal Firearms License (FFL) for all transfers of weapons, including “privately and legally owned firearms.”

Additionally, the complaint seeks a judicial ruling declaring a statute unconstitutional for its prohibition on the sale and possession of so-called “bump-fire” stocks.

Lastly, the suit seeks to nullify the state’s minimum age requirement — 21 years-old — to purchase a weapon.

“The right to keep and bear arms is meaningless without the right to obtain them,” alleging the cost, the inconvenience and the “invasion of privacy are a significant and unjustified burden …” the complaint reads.

The limitations on age and state-approved training “… serves no legitimate government interest” and is also an unjustified burden. “In this case, the government has singled out a group — people under 21 years old — and curtailed their fundamental rights,” wrote Shane and Lees.

Additionally, Shane and Lees said that the banning of bump stocks was “inconsistent with and repugnant to the Constitution and the laws of the state.”

Vermont is not only to uphold the US Constitution which recognizes the right of the people to keep and bear arms, but the state’s own constitution does the same. According to Article 16 of the state constitution:

“The people have a right to bear arms for the defence [sic] of themselves and the state — and as standing armies in time of peace are dangerous to liberty, they ought not to be kept up; and that the military should be kept under strict subordination to and governed by the civil power.”

Yet, tyrants in Vermont have usurped their authority and committed crimes against the people with the new pretended legislation to infringe on the rights of its people, and some of them just aren’t having it.

“The hallmark of the Vermont Constitution is its commitment to civil rights,” wroteMichael K. Shane and Robert D. Lees, of the White River Junction law firm of Marsicovetere & Levine. “[I]t was the first to prohibit slavery and grant universal suffrage to all men over the age of 21. It also included language protecting the rights of the people to keep and bear arms that is clear and unequivocal.”

“The Bill of Rights is an afterthought by comparison,” wrote Shane and Lees while referencing Article 16 of the Vermont Constitution.

“Vermont has a long history proud history of responsible law-abiding firearm ownership,” wrote Shane and Lees. “The state is an outlier, one with few gun restrictions and a low rate of gun violence. … Until the signing of the legislation at issue in this case, Vermont had almost no laws curtailing the people’s rights … and at the same time was one of the safest states in the nation.”

Despite this, wrote Shane and Lees, “the government has curtailed the people’s fundamental rights with a flurry of hastily slapped together measures passed and signed into law … This legislation is a knee-jerk, emotional reaction that solves no problem.”

The Gun Owners of Vermont, Inc. is a non-partisan pro-gun organization, committed to a no-compromise position on firearms ownership rights.

Their mission is to supply facts to members about pro-gun and anti-gun legislation, legislators’ voting records, statements, and to lobby on the state level.

And they are fighters too!

“We’ve been working successfully for firearms owners and we’ve won numerous big battles. Don’t look to us to compromise!”

In April, the group filed suit over the state’s attempt to limit the capacity of gun magazines.