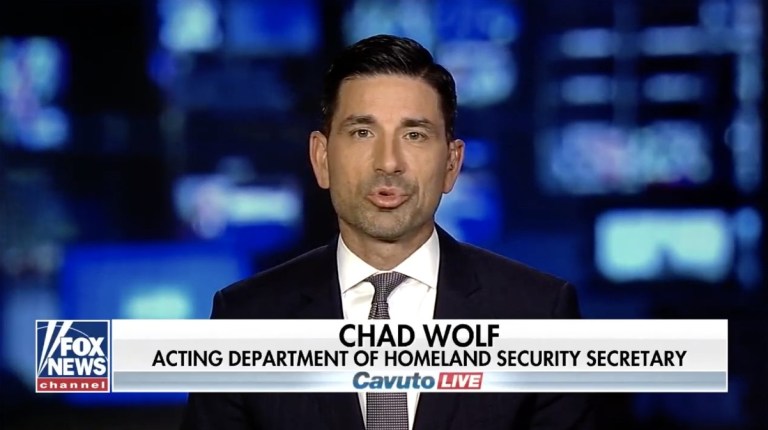 (TNS) Three years into his first term, President Donald Trump appears to have settled on a strategy to force so-called “sanctuary cities” into compliance with federal immigration laws: The courts.

Earlier this month, the administration filed a number of lawsuits against major sanctuary jurisdictions in New York State, California, and King County (Seattle), Washington, over laws and policies that prevent federal immigration enforcers from performing their duties.

But sanctuary policies don’t just fulfill Democrat political objectives of deferring to illegal aliens. They are also detrimental to national security, and — as Acting Homeland Security Secretary Chad Wolf explained Saturday — places like New York, site of the 9/11 attacks, should be especially sensitive to federal efforts aimed at preventing a repeat of that fateful day.

Specifically addressing New York State law that prevents DHS from accessing “trusted traveler” information, which is vital in the fight against terrorism, Wolf said the administration had no choice but to take the state to court.

“I’ve been very clear with the governor [Andrew Cuomo], I’ve talked to him several times, we need that access to vet those trusted travelers,” Wolf said in an interview with Fox News.

He added that CBP and ICE officials have to have access to New York DMV databases in order to ensure that people entering the country are who they say they are, for “legitimate law enforcement and national security reasons.”

“We’re seeing a number of states take this route,” he added, in reference to the passage of laws aimed at preventing federal immigration and homeland security officials from accessing vital data.

And let’s be clear: This is only occurring in blue states — the very places whose Democratic leaders would skewer President Trump and his administration if they ‘allowed’ another terrorist attack to occur.

“We’re suing these localities because it’s dangerous to public safety, security,” said Wolf. “What we learned after 9/11 is you need to be able to connect the dots. Law enforcement needs to be able to talk to one another and share information.”