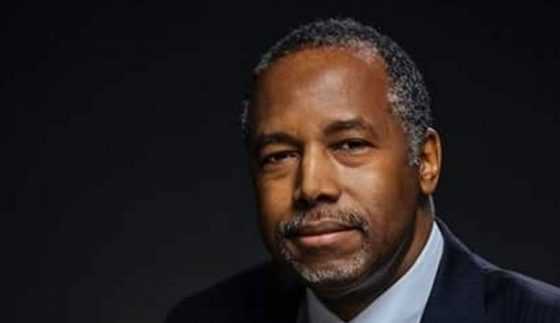 Housing and Urban Development Secretary Ben Carson took aim at “political correctness” in a warning to Americans at a contentious committee hearing. Carson is cautioning against the impulse to control speech and expression saying that it would “destroy” the country.

During Tuesday’s House Financial Services hearing, a leftist and advocate of squashing free speech, Representative Jennifer Wexton (D-Virginia) raised concerns over previous comments Carson had made about “big, hairy men.” These comments were widely understood to be directed at transgender women, but democrats are famous for taking statements out of context, so it really could have been nothing. Wexton asked Carson to apologize for his comments, but the secretary was having none of it.

“I think this whole concept of political correctness – you can say this, you can’t say that, you can’t repeat what someone said – is total foolishness and it’s going to destroy our nation,” Carson shot back, adding: “We need to be more mature than that.” Unfortunately, this too was taken as “hate speech,” as you can see in Wexton’s comments posted to Twitter:

Today I gave @SecretaryCarson the opportunity to apologize for his remarks slurring transgender women as, "big, hairy men."

Regrettably, he declined that opportunity.

The irony of a liberal white woman accusing a conservative black man of “hateful words” and “discriminatory policy.” You just can’t make this stuff up. Liberals can make literally anything about hate speech.

And of course, if you listen to Carson’s response, he clearly says he was not referring to transgender women, but actual “big hairy men” who are allowed in women’s facilities thanks to the Democrats’ policies.

Carson has been something of an anti-Political Correctness warrior for years putting free speech above everything else, including “hate speech”, according to a report by RT. Carson was a free-speech champion long before Donald Trump was elected. Well before the highly politically incorrect president entered the Oval Office in 2016. Trump has also regularly shredded the concept of political correctness and censorship in media appearances and has warned against “a society where people are afraid to say what they actually believe” – at times even drawing comparisons to Nazi Germany.

Liberals, on the other hand, have taken to creating “safe spaces” to protect people from words. Anything that goes against liberalism is now hate speech and safe spaces somehow make liberals feel like they are making a difference by coddling adults and quarantining themselves when they hear something with which they disagree.

What a time to be alive.