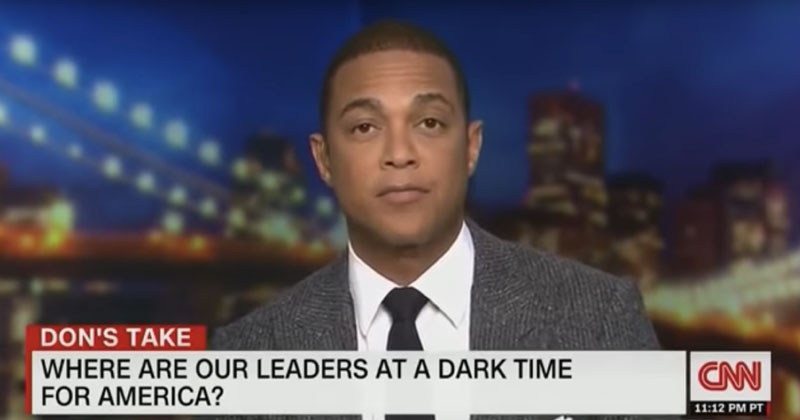 “We have to stop demonizing people and realize the biggest terror threat in this country is white men,” CNN’s Don Lemon said Monday night.

“I keep trying to point out to people and not to demonize any one group or any one ethnicity. But we keep thinking that the biggest terror threat is something else, someone people who are marching, you know, towards the border, like it’s imminent,” Lemon told host Chris Cuomo.

“And the last time they did this, a couple hundred people came, and you know, most of them did get into the country, most of them got tuckered out before they even made it to the border.”

What does he mean by this?

“We have to stop demonizing people and realize the biggest terror threat in this country is white men.”

Does that mean he doesn’t even consider white men people?

Lemon also said on Monday night that he doesn’t “see Democrats killing people” because of politics, which elicted this response from Republican Rep. Steve Scalise (who was shot by a crazed Bernie Sanders supporter screaming, “This is for healthcare!”):