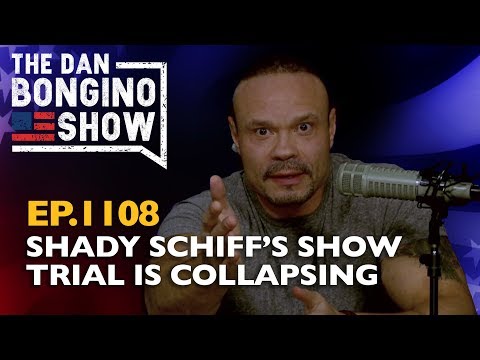 On Tuesday Dan Bongino made a big announcement.

He intends to go into competition with Matt Drudge and Drudge Report.

Bongino is upset with the anti-Trump bias on Drudge and has made a commitment to go into direct competition.

NOTE: I tried something new with this video. Just in case I didn’t do it correctly, Bongino’s announcement starts shortly after the 45 minute mark.

Here’s a tweet Dan Bongino sent out on Tuesday.

Web traffic continued its dramatic spiral for Matt Drudge’s news aggregate site in October and at this point, the negative numbers are beginning to resemble one of the models employed to predict corporate disasters.

One of the things you learn as a Ceritifed Fraud Examiner is forensic accounting and modeling and Drudge’s recent and quick mud slide of web traffic is starting to look like the Enron model. And that obviously is not good.

It is a good thing Drudge is not working in corporate America or running a publicly-traded entity. He would be in deep trouble.

As Investopedia frames it:

The story of Enron Corporation depicts a company that reached dramatic heights only to face a dizzying fall. The fated company’s collapse affected thousands of employees and shook Wall Street to its core. At Enron’s peak, its shares were worth $90.75; when the firm declared bankruptcy on December 2, 2001, they were trading at $0.26. To this day, many wonder how such a powerful business, at the time one of the largest companies in the United States, disintegrated almost overnight. Also difficult to fathom is how its leadership managed to fool regulators for so long with fake holdings and off-the-books accounting.

I have used the Enron model — specifically the schematics of its plummeting stock index — as a barometer for pinpointing problematic corporate warning signs, trap doors, and wayward executives and it rarely fails.

Drudge’s overall web traffic is down nearly 18 percent in September and October, according to the tracking metrics on Similar Web. That’s a massive and accelrated slide from approximately 93 million visits to 77 million.

I have mixed feelings about Dan Bongino taking this dive into content aggregation.

Conservative sites can not and will not survive, in the near future, without content aggregators.

But we have some good aggregators already Dan AND one of them shows YOUR videos on a regular basis.

Ever hear of Whatfinger?

They have a current Alexa rank of 12,521 as of this writing.

That is a worldwide ranking.

Drudge, coincidentally, is ranked 724, but on a downward spiral, while others are skyrocketing upward.

Here is a short list of conservative/alternative aggregators I use and/or work with.

So while we wait to see what Bongino does, our readers need to be visiting those sites every day.

There are others, by the way.

The above are those that I use almost every day.

I would personally just rather see Bongino invest and help make one of the current aggregators bigger and better.

If Bongino put his money into Whatfinger, for instance, I would bet they could together make us forget about Drudge Report very soon.

Either way, best of luck Dan.

But you don’t have to reinvent the wheel.

You could reach out to one of those sites above and TOGETHER actually beat Drudge.

We have too many Chiefs and the Indians are wondering who to follow.