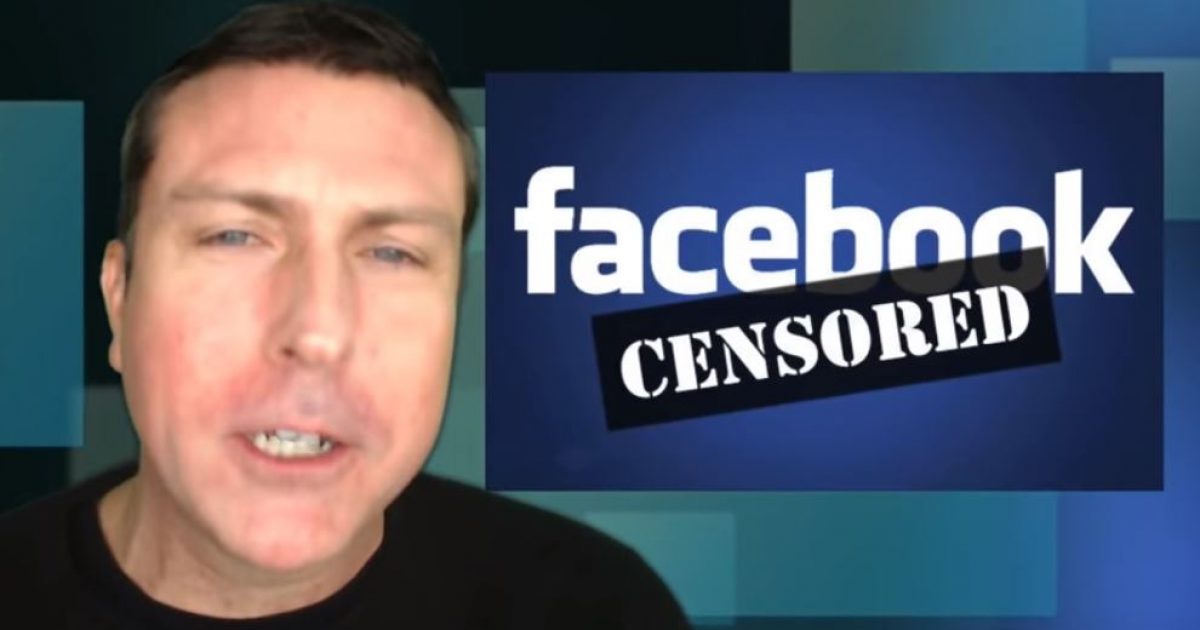 Just one week into the new year, Facebook, the social media giant dubbed “Iron FistBook” by political cartoonist A.F. Branco, issued a seven-day ban against media analyst Mark Dice for the heinous and egregious act of telling the truth about about inner city violence after the arrest of Erik Black in the shooting death of seven-year-old Jazmine Barnes.

It now seems that Facebook fascists — and make no mistake – that’s what they are — have decided that fact-based opinions are now “hate speech.”

As our own Faye Higbee reported:

The narrative that literally screamed “white supremacist” from the MSM over the death of Jazmine Barnes in a drive by shooting on December 30, worked the already out of control racial divide into a frenzy. Fact: Two black males are implicated in the murder, not a “white supremacist.” It all stemmed from a white man people at the scene saw fleeing, reported by Breitbart.

But he was likely fleeing the sound of the shooting and had nothing to do with the murder, according to police. That’s not how the Media and various race baiters told it.

And, Higbee said, despite facts now being reported, some social media users “aren’t even bothering to delete their tweets over the matter. They reject facts. They refuse rational thoughts. They live in their own world of hate. How does that help America come together? It doesn’t. And no one seems to care. Last week, speaker of the House Nancy Pelosi looked the DHS Secretary in the eye and said ‘I reject your facts.’ No one wants to hear facts anymore, apparently.”

It’s no wonder conservatives no longer trust the social media giant, now part of the Silicon Valley “axis of evil” working overtime to eliminate any non-leftist speech from the Internet.

Dice, by the way, has some 1.4 million subscribers on YouTube.