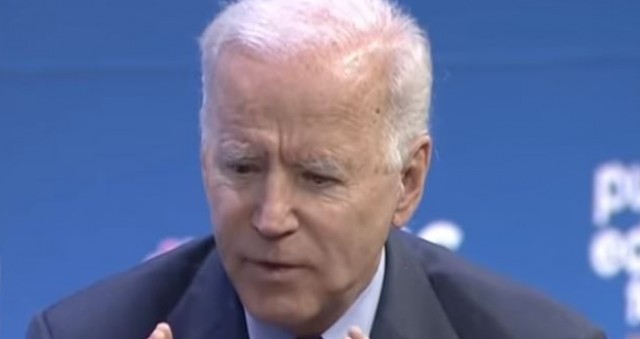 You can’t make this crap up. Nowadays EVERYTHING IS RACIST!

Peter Hasson at The Daily Caller News Foundation reports that Biden made the commitment after a questioner at MSNBC’s Public Education Forum 2020 said standardized testing is “rooted in a history of racism and eugenics” and urged him to oppose their use in public schools.

“Teaching has changed drastically over the last 10 to 20 years. Instead of being allowed to use their expertise to develop engaging curricula that’s culturally responsive, teachers are often forced to use a scripted curriculum that rushes children through without giving them enough time to really understand the material,” the questioner said.

She added: “Given that standardized testing is rooted in a history of racism and eugenics, if you are elected president, will you commit to ending the use of standardizing testing in public schools?”

“Yes,” Biden answered. “As one of my friends and black pastors I’ve spent a lot of time with, Rev. Herring, would say: You’re preaching to the choir, kid. OK?”

“Because look, that’s why teachers, teachers, should be able to determine the curricula in their school,” Biden continued. “I’m not being nice. I’m not trying to be nice. There’s some lousy teachers out there, OK? There’s lousy politicians. There’s lousy senators. There’s lousy doctors. I’m not saying every teacher is a great teacher. What I am saying is: You know what it takes to communicate to a child what in fact they need to know.”

To be fair-here’s this-you decide: