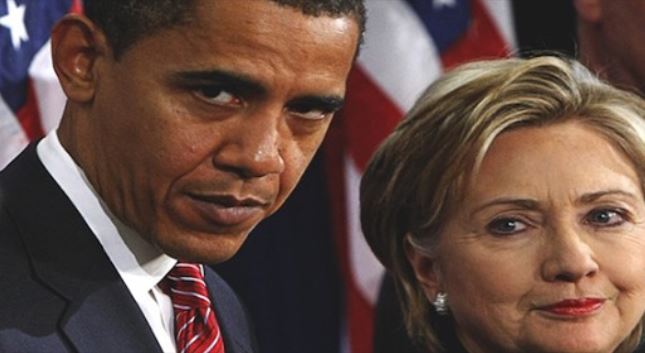 Opinion| Mark Sidney| Will anyone be surprised to find out that the Clinton campaign and the Obama administration’s ‘Justice’ Department were working together to help get her elected and frame her political adversaries?

I know I sure as hell will not.

The reason the ‘main stream’ media (which is no longer ‘main stream’ but rather radical communist apologists) has lost every shred of credibility is because they continue, day in and day out, to run cover for the heinous miscarriage of justice that took place under Obama’s watch.

CNN, MSNBC and the rest of the failing dinosaur media are perfectly fine with innocent men and women going to prison and cover up for authoritarian crime syndicates who have corrupted our government. Just thinking about it makes me sick.

‘What’s the difference between you and them, Mark?’ The difference is pretty simple, we never have and never will hold ourselves out to be ‘unbiased.’ We are activists who want to show people how we see the world and how we decipher events, hoping others to convince more people to see things as we do.

The MSM does the same exact thing … while trying to hide behind a label of being ‘unbiased’ and it’s because they think that you and I are stupid.

So, back to the HRC campaign and the Obama ‘Justice Department …

As you know, yesterday Andrew McCabe, who lied and leaked (which is now SOP for the Stalinesque DOJ), was informed that he would not be facing any charges. Because justice in America is a thing of the past.

‘On Friday we also learned the conduct at the Obama FBI under James Comey, Lisa Page, Peter Strzok, Andrew McCabe and others was much worse than we thought.

The more we learn – the more corruption is revealed at the top levels of the Obama intelligence community.

Felton points to a meeting in Rome a month before the 2016 election:’

A month before the 2016 presidential election, the FBI met Christopher Steele in Rome and apparently unlawfully shared with the foreign opposition researcher some of the bureau’s most closely held secrets, according to unpublicized disclosures in the recent Justice Department Inspector General report on abuses of federal surveillance powers.

What’s more, Steele, the former British spy who compiled the “dossier” of conspiracy theories for the Hillary Clinton campaign, was promised $15,000 to attend the briefing by FBI agents eager to maintain his cooperation in their Trump-Russia collusion investigation codenamed Crossfire Hurricane.

That investigation was so closely guarded that only a handful of top officials and agents at the FBI were allowed to know about it.

The report by Inspector General Michael Horowitz details how a team of FBI agents in early October 2016 shared with Steele extensive classified materials, just weeks before the bureau cut off ties with him for leaking his own research to the media. The secrets included foreign intelligence information still considered so sensitive that the IG’s report refers to it even now only as coming from a “Friendly Foreign Government.” In fact, this is a reference to Australia. That country’s ambassador to Britain sent the United States a tip about loose talk by junior Trump campaign adviser George Papadopoulos. The FBI has described that as the predicate for its Trump-Russia investigation.

The IG report also discloses that FBI agents knew Steele worked for Glenn Simpson, whose opposition research firm Fusion GPS was paying Steele to dig up dirt on Trump for the Clinton campaign, and that Steele informed the FBI that the “candidate” – Clinton herself – knew about Steele’s work.

According to Lee Smith, the amount of information being shared and passed back and forth between the Clinton campaign and the Obama administration was MUCH greater than we had been told:

Via The Ingraham Angle:

If HRC , Strzok, Page, Brennan, Clapper, Barry, Priestap, McCabe (oh, wait, he is already free to go) do not get held accountable soon, I am going to lose the last shred of faith I have in the US justice system.

Trump has done a lot of good things since taking office and he has been unfairly targeted, smeared and been the victim of coup after coup. However, all the good things he has done will mean nothing if those people who keep trying to overthrow our government are not locked up.

As soon as Trump is gone the inmates will run the asylum and they will be out for blood even more. The Trump admin let the social media speech cartel crush all of his supporters without so much as lifting a finger to stop them. The same thing is happening to Trump himself at the hands of the DS, will he defend himself or let out nation collapse into an all out tyranny where there is one set of rules for the communists and another for the rest of us?

I don’t know about you, but I have had enough of this BS ‘tick tock’ non sense. I am starting to think that nothing is going to happen. I don’t want this to be the case, but after 3 years, what do we have to show for all the crimes we KNOW were committed by the previous administration?

All I see are the people who helped Trump get into office bankrupted, deplatformed, indicted or in prison. Where the hell are these counter punches we keep hearing about?