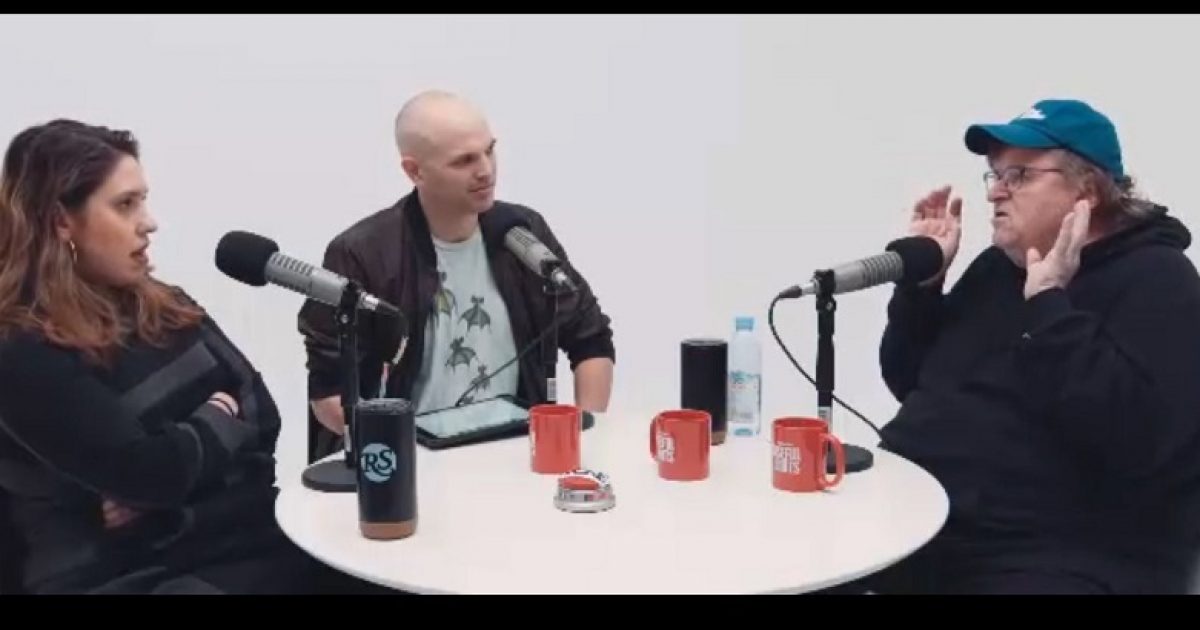 To say that wealthy left-wing filmmaker Michael Moore is an idiot is a bit of an understatement. While appearing on a recent Rolling Stone podcast appropriately named, “Useful Idiot,” Moore told his far-left low-information audience they should be “afraid of white people.” Why? Because the majority of them voted for Trump.

He wasn’t finished, however.

“You need to move over to the other sidewalk because these are not good people that are walking toward you. You should be afraid of them,” he added.

Not surprisingly, Gabriel Hays said at Newsbusters, “Michael Moore didn’t consider himself to be one of those bad whites. He told Rolling Stone he’s a ‘race traitor’ in a good way.”

Moore explained that the “third one” in that group of Trump-voting, mean-looking sidewalkers, “is you and me,” (gesturing to the white co-host of “Useful Idiot.”) “We’re traitors to our race — that’s how they see us,” he claimed.

Naturally, Moore has no proof of anything he said. That’s because it’s all FALSE. But we’ve come to expect nothing less from Moore…

Here’s the video, courtesy of Newsbusters.