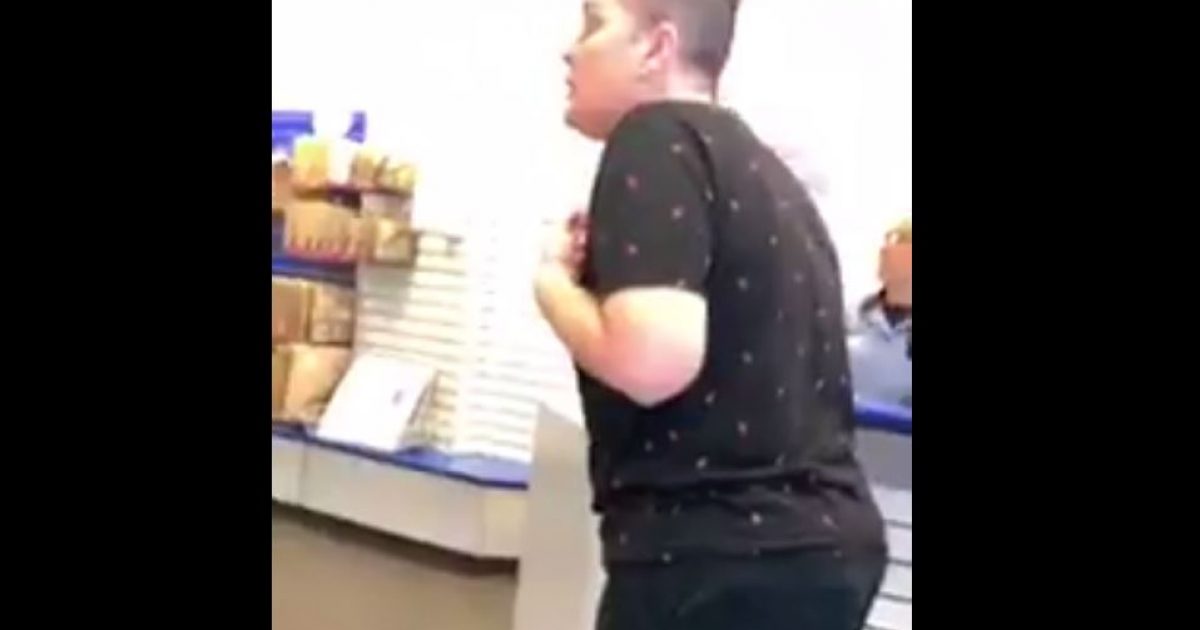 It seems that leftists across America have truly lost their minds. In a video posted to Twitter on Sunday, a Mexican woman who showed her support for President Trump with a hat was attacked and harassed in what appears to be a post office.

The woman, known on Twitter as “Paloma For Trump,” shared the video of her encounter with the deranged leftist triggered by the hat.

“I have a right not to be harassed. You have no reason to harass me because of my hat!” she added.

After harassing Paloma, the leftist then demanded to see a supervisor and claimed she did nothing wrong all the while calling Paloma a racist. Despite the video…

“Yeah, I’m a Mexican racist against a white like you,” Paloma responded sarcastically. “Yeah, I’m so racist.”

As Carmine Sabia notes at The Federalist, the liberal eventually played the victim card and began taking photos of Paloma.

“What are you thinking, pull herself together. Seriously,” Paloma said. “Take my picture and make sure you share it everywhere, because I support the president of America.

“And if you don’t agree with that, you should move somewhere else,” she said, pulling out the big guns against the liberal wacko.

Yes! MANY times I have been attacked, but I will NEVER stop fighting for what I BELIEVE IN!!!! ❤️ I will NEVER back down!
Attacked for wearing this beautiful hat today, just another day in the life of #PalomaForTrump 😏☺️ #MAGA #TRUMP #TRUMP2020 pic.twitter.com/rB240R0DVD

Of course, this is nothing new for the increasingly deranged and dangerous left as we and many others have repeatedly reported since November 2016. Since Trump’s election, leftists have physically attacked a number of Trump supporters, even going so far as to shoot them and abuse their pets. Just recently, a Tennessee man was arrested after pulling a gun on a couple over their Trump hats.

This outward expression of insane hatred is being fed in large part by radical leftists like Maxine Waters and a biased media that seems to turn a blind eye to these acts of physical violence.

Hollywood leftists have also contributed to the current environment of hatred. Michael Shannon, an actor who once played “Zod” in a Superman movie, stated that “it’s time” for Trump voters to die.

“If you look at the young people, between 18 and 25, if it was up to them Hillary would have been president. No offense to the seniors out there. My mom’s a senior citizen. But if you’re voting for Trump, it’s time for the urn,” he said, adding, “I don’t want to live in a country where people voted for Trump. I want to live in some other f—ing country. But I don’t want to run away. So we’re just going to have to bust this thing up.”

Shannon, by the way, is not alone in expressing that particular point of view.

This, sadly, is the modern left. And yes, they hate you and want you dead. Let that sink in.