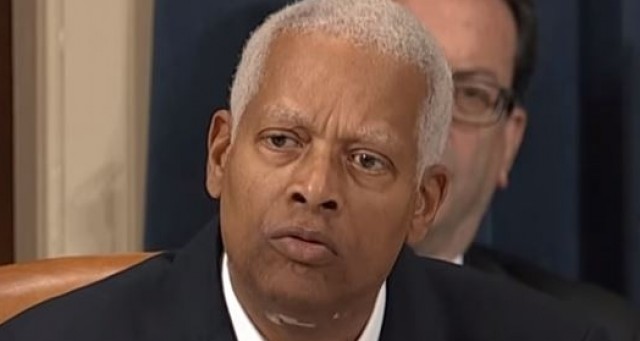 We couldn’t make this up if it was satire…

OPINION- (TNS) Democrats have come up with some pretty bizarre reasons for wanting to impeach President Donald Trump, including for alleged crimes he never committed.

But one Garbage Party rep actually justified his support of impeachment on Thursday because the president is simply too tall.

Rep. Hank Johnson (D-Ga.) complained that Trump was much “bigger” than Ukrainian President Volodymyr Zelensky, and because of that, he was able to intimidate Zelensky into bending to his will … to investigate the Bidens and the Clinton campaign and stuff.

JUST IN: Democrats want to impeach the President for [checks notes] being too tall. pic.twitter.com/0QNAf6iUBp

And yeah, the ‘daughter in the basement duct-taped’ was equally bizarre.

The White House corrected the record, no doubt while laughing their assets off (Can you imagine if government officials in Ukraine are monitoring this lunacy? They must be thinking, ‘And America is a superpower?’)

Hmmm… Those chairs look, like, exactly the same. And we see no evidence of duct tape on President Trump.

But of course, this isn’t Johnson’s first foray into lunacy. Some years ago during testimony by a Pentagon official, Johnson voiced his concerns to a Navy admiral he was afraid putting more Marines on Guam would make the island “capsize.”

Again, not even kidding.

People in Georgia have been reelecting this genius to Congress for years. It’s time they stopped.