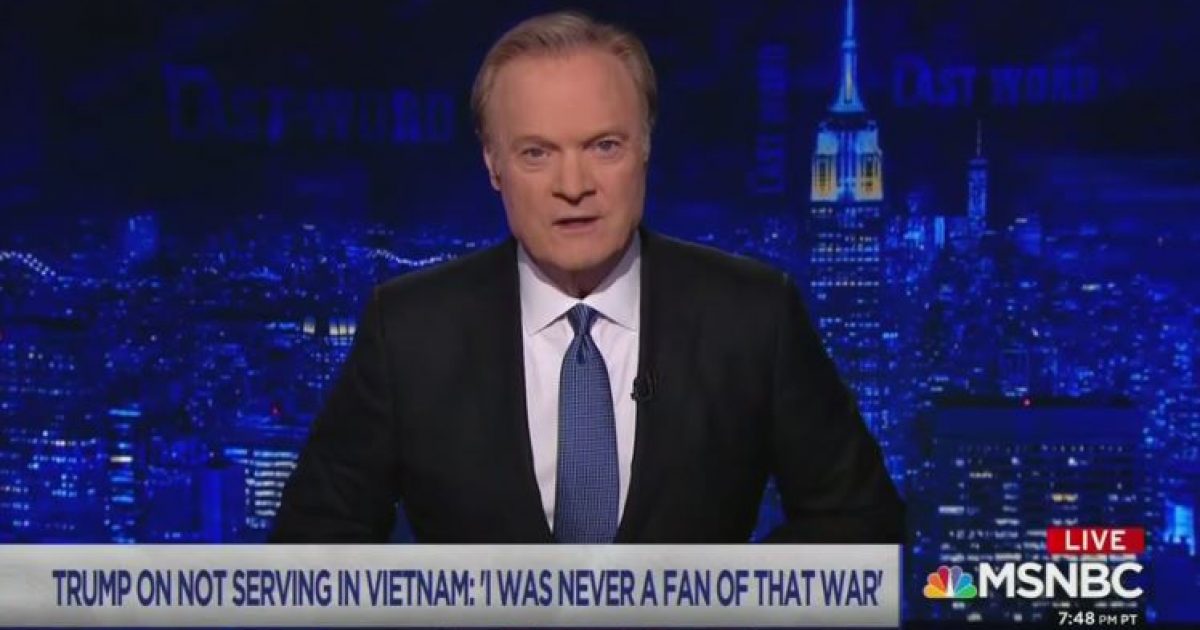 “Donald Trump’s vocabulary is and always has been the size of his mind. Which is to say very, very small,” he said, according to a transcript posted by Newsbusters.

“It takes a small man to produce the kind of angry and hateful tweets that Donald Trump does at all hours of the day and night, including from Air Force One, using government paid for telecommunications. And that small man is always limited to that very, very small vocabulary of his,” he added.

O’Donnell also went after Trump’s entire lineage, attacking his father and his grandfather, and suggested that Trump’s father was actually sympathetic to Adolf Hitler.

Once upon a time I dubbed MSNBC the official network of insane liberal hate. Incidents like this are the reason why…