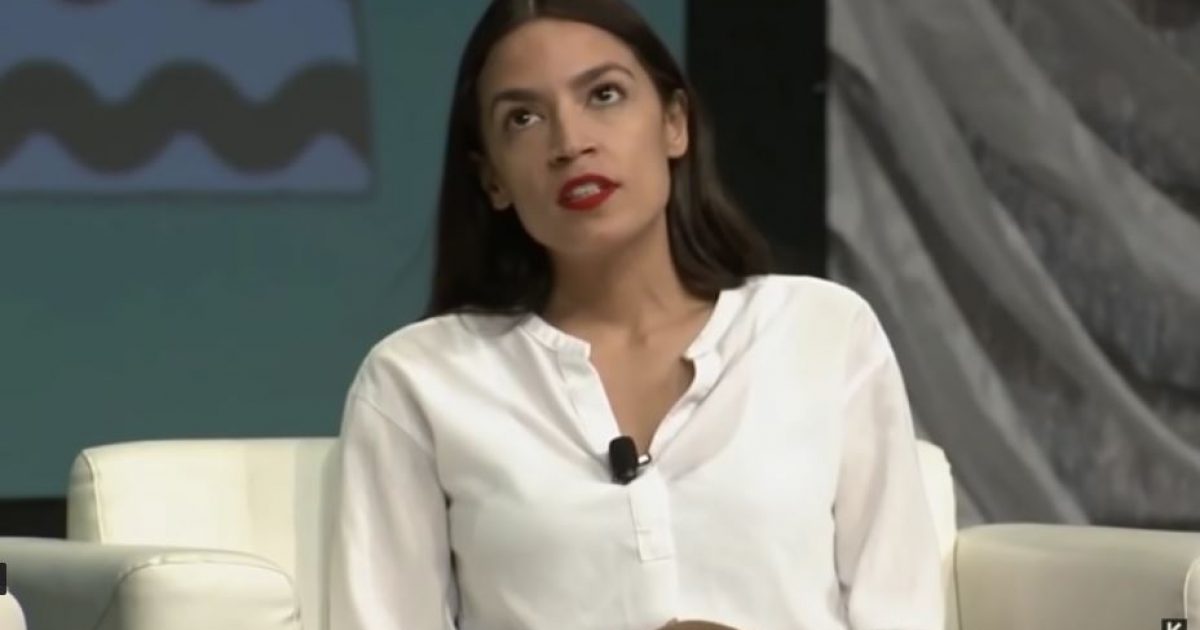 Here she is suggesting the United States is “garbage.”

Twitchy put it this way:

Someone explain to AOC she is more than welcome to GTFO if she doesn’t like it.

And here she is attacking Reagan:

The self-declared Democratic socialist also criticized the treatment of minorities throughout American history, from Franklin Delano Roosevelt’s New Deal, which she claimed was racist, to Ronald Reagan’s policies, which she said “pitted” white working class people against minorities in order “to screw over all working-class Americans,” particularly African-Americans and Hispanics.

Naturally, there were those who tried to put a different spin on what she said.

This is not accurate.

She made the comments while answering a question about the Green New Deal, Medicare for All, and the $15 minimum wage.

Here’s the video for context:

Perhaps she was concerned that Ilhan Omar was starting to steal her thunder as the most obnoxious new member of Congress so she upped her game a little. Or perhaps she really is just this dense and horrible.

We tend to believe the latter. This is, after all, the person who was slammed as a “pompus little twit” over her potentially deadly economy-destroying “Green New Deal.”

It’s pretty safe to say this isn’t the Democrat Party that produced the likes of John F. Kennedy or Harry S. Truman.

James Woods responded to Ocasio-Cortez as only he can, with a quote from The Gipper himself:

It was true when Reagan first said it and it’s still true today.