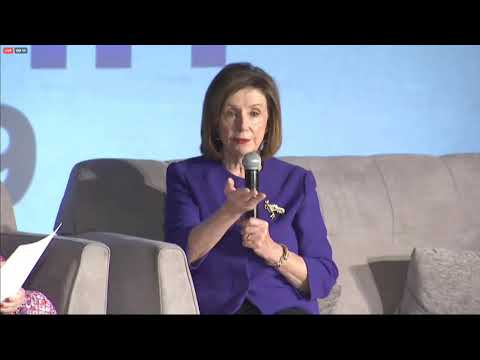 While speaking at Politico’s Women Rule Summit on Tuesday, House Speaker Nancy Pelosi, D-Calif., admitted the Democrats’ efforts to impeach President Trump have been going on for two and a half years.

She also invoked the 2020 election, suggesting that it would only be fair if the president were impeached.

“It’s no use talking about what isn’t. This is what is,” she said Tuesday Morning at Politico’s Women Rule Summit.

Yet, Pelosi invoked the appointment of Robert S. Mueller to lead the special counsel investigation as the start of the impeachment process when defending claims that Democrats have rushed the process.

“Speed? It’s been going on for 22 months, two and a half years actually,” she said.

“It’s not about speed,” Pelosi added. “It’s about urgency. … If we did not hold him accountable, he would continue to undermine our election. Nothing less is at stake than the central point of our democracy – a free and fair election.”

Here’s video of her statement:

So there you have it. Once again, the Democrats admit this is what they have been working for all along, with the end goal of essentially rigging the 2020 election.