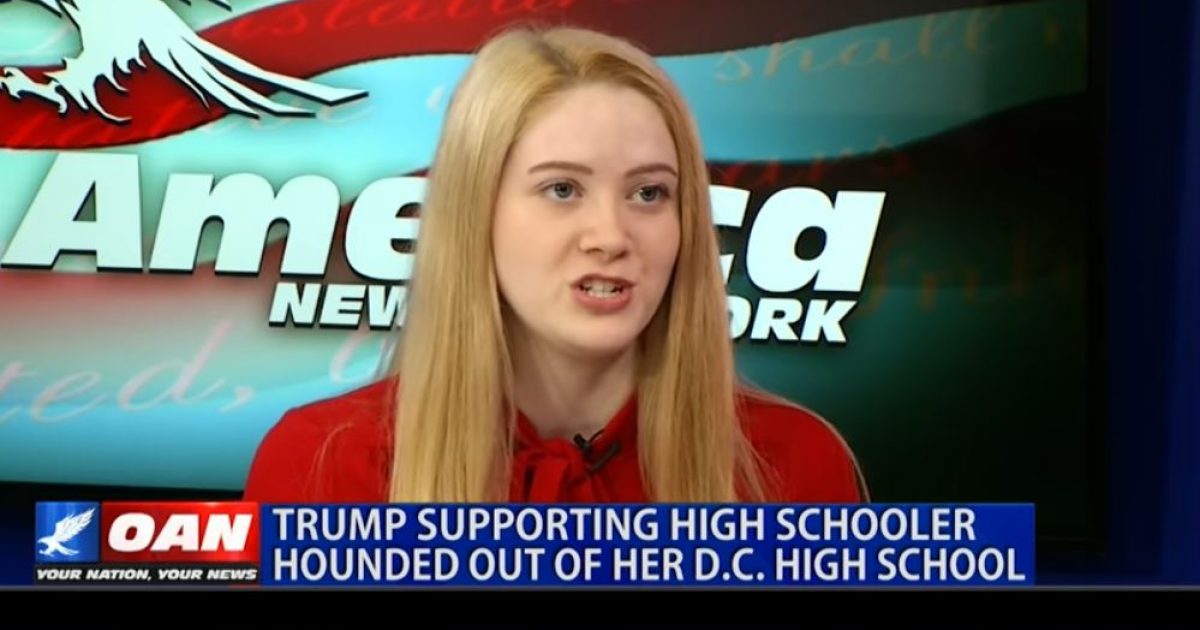 In a video posted to YouTube on Saturday, One America News said that Jayne Zirkle, a high school senior in Washington, D.C., was harassed, threatened and ultimately hounded out of her school by left-wing hatemongers (redundant, I know) because she supports Donald Trump.

According to the report, Zirkle’s teachers allegedly lowered her grades because she supports the president.

Zirkle also told OANN the superintendent said the harassment “will blow over in a week or two” despite being presented with some 200 pages of online harassment and bullying.

The school says she can finish her senior year by taking her classes online.

Here’s video, as posted by OANN:

Liberalism, as I’ve repeatedly demonstrated since February 2011, is an ideology of insane, bloodthirsty rage and hate. As we and many others have reported, liberals have repeatedly threatened, harassed and attacked those who support the president.

It’s almost as if they really do want a second, bloody civil war over Trump.