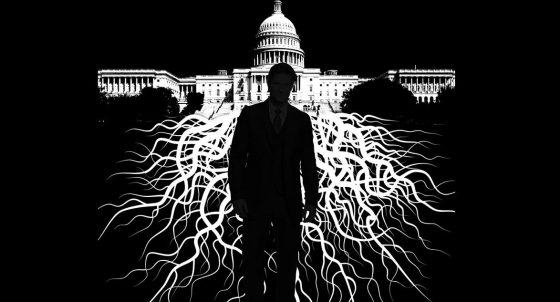 Our world is ruled by globalists and elitists who are currently diligently working hard to create propaganda designed to get the masses to be fine with their enslavement. Starting with the invention of the internet, the powers that shouldn’t be have been manipulating minds and controlling thoughts through secret means.

“This whole conspiracy to enslave humanity is a psychological game,” says David Icke. “You’re not gonna sell a tyranny by telling people it’s a tyranny.”

“The outcome, is that they want to connect the human brain to artificial intelligence,” says Icke. And once we know the outcome, we understand their psychological game and hopefully, not become enslaved with the vast majority of the public.

This isn’t new information, but David Icke lays out what many know, yet cannot bring themselves to admit that they know because of their manipulated mind. The elitists have been telling us exactly what to think and how to feel about things for a long time, and the result will be the complete enslavement of humanity.

Icke begins the discussion with London Real by saying there is a desire to control thoughts, and it can be ultimately be done with technology. First, he says addiction to handheld technology devices is a must, so people get used to having something they can “trust” with them at all times. Then they will need to get humans used to the idea that there is only one right way to think. There are only artificial intelligence’s ideas that are correct and all other perception will be shut down.

How To Identify A Globalist Criminal

How can they do this? Well, if Icke is right, they’ve already begun and we are only about a decade away from the final step. To know what the final agenda is, figure out what you are shut down for saying. Those are the things that will need to go away for the enslavement of mankind to occur.

NWO: Globalists Want To ANNIHILATE 90% Of The Human Race

But as Icke says, once this is complete, we won’t be humans anymore. Our humanity, which is our free will and perception will be permanently and irrevocably gone. We have a horrifying future ahead of us if the globalists get their way. Unfortunately, they just might…

“As long as the mind is enslaved, the body can never be free.” –Martin Luther King Jr.