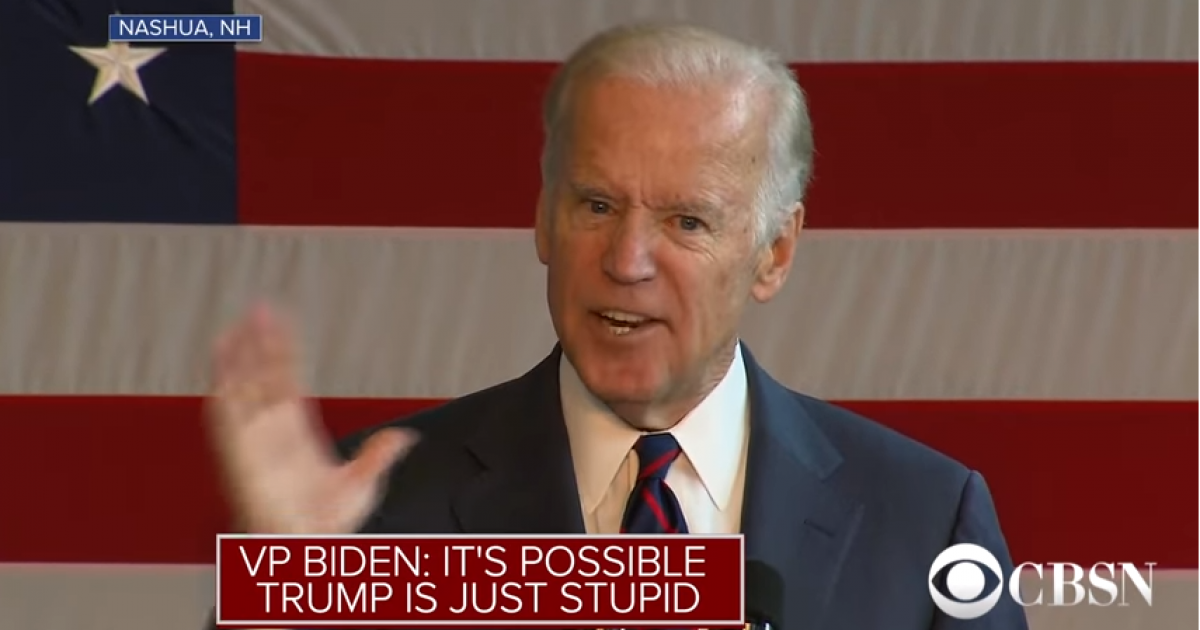 On Saturday, the Democrat gaffe-machine known as Joe Biden falsely claimed he was vice president when the Parkland shooting took place, Bloomberg and others reported.

While speaking to reporters in Iowa, Biden said, “I watched what happened when the kids from Parkland marched up…I met with them, and then they went up on the hill, when I was Vice President.” But the shooting took place in 2018, two years after Biden left office.

An official with the Biden campaign said the former vice president was thinking of the mass shooting at Sandy Hook Elementary School in Newtown, Connecticut, when he misspoke. That attack, in which 20 children between six and seven years old were killed along with six staff members, was in December 2012.

Survivors of the Marjory Stoneman Douglas High School shooting in Parkland, Florida, made national headlines for their demonstrations and calls for action, including visits by some students to the nation’s capital. The shooting, the deadliest high school killing spree in U.S. history, occurred on Feb. 14, 2018, and left 17 dead and injured more than a dozen others. The assailant was an expelled student.

Biden, along with former Representative Gabrielle Giffords, an Arizona Democrat who was shot in the head during an event with constituents in Tucson in 2011, met with Stoneman students in Washington days after the 2018 incident.

This, on the heels of yet another gaffe:

The gaffe comes two days after he said “poor kids are just as bright” as white kidshttps://t.co/LFWwbax6uB

This is your nominee, Democrats. Enjoy the ride.

Remember, this is also the guy who said Democrats “…believe in facts, not truth.”