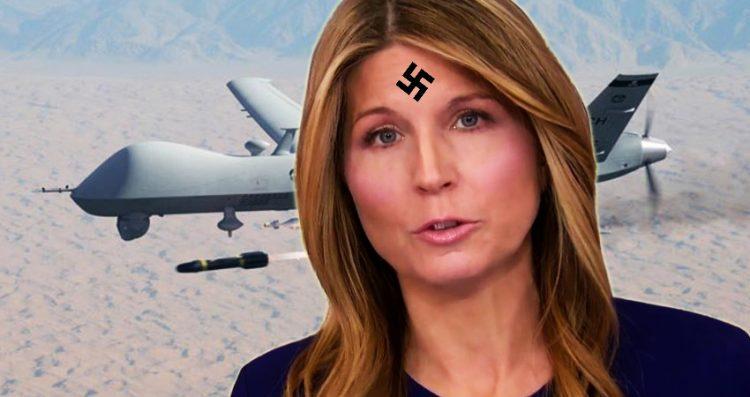 She tried to compare dealing with claims that somehow people who believe the above are “inciting people to violence” and that America killed Ameican citizen Anwar al-Awlaki in Yemen for doing just that by posting YouTube videos would be justification for doing the same here in the US. They also killed his son in a separate strike.

Paul Joseph Watson has the story. Warning: 2:44-2:47 contains language that some might find offensives (just a head’s up).

It looks to me like Wallace has become the inciter of violence and should be investigated and lose her job for even insinuating such a thing. After all, she is calling for the assassination of fellow Ameicans without due process, isn’t she? Yep, that’s exactly what she’s doing.

The New Presidency Will Change Everything. Here’s How to Financi

Friends, this is only going to get worse. This is a nationally aired television show and the FCC should be all over this but they aren’t which tells you one thing: The arms you keep and bear as God-given rights are about to be the only defense we are going to have shortly, and should they decide to follow Wallace’s criminal lead here, those won’t even be of any use against a drone flying tens of thousands of feet in the air.

If there’s an attorney out there with any teeth, I’d love to bring a lawsuit against Wallace and MSNBC for inciting violence and threatening tens of millions of Americans on air. Click the contact button on this website to reach me.