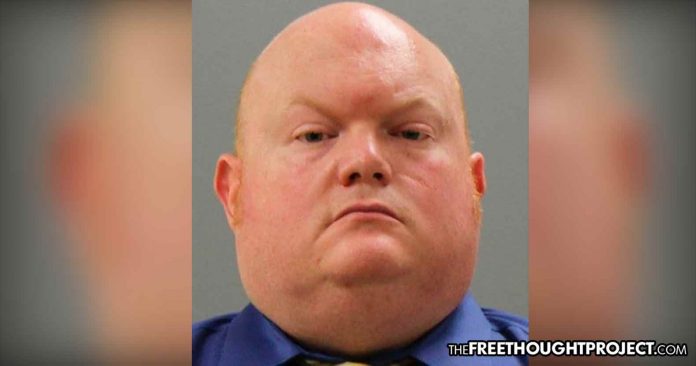 Fairfax, VA — A Fairfax County Police officer turned himself in to authorities this week and was arrested after being charged with multiple counts of child abuse involving the death of his 6-month-old daughter.

The statement says that the defendant is being held on $100,000 secured bond. However, the Washington Post reported on Wednesday that he has posted this bond.

In April, the Fairfax police department was notified that Colley — who had been with the department for 10 years — was the lead suspect in the investigation into his daughter’s death. When he reported for his next shift, the department relieved him of his duties and all law enforcement powers.

“The charges Colley faces are abhorrent,” Fairfax County Police Chief Edwin C. Roessler Jr. said in a statement. “This afternoon I served Colley notice of separation from employment in accordance with Fairfax County Personnel Regulations and the Code of Virginia.”

According to the indictment, the Maryland State Police opened up the investigation after Harper’s death in September by citing the cause of death as “abusive head trauma.”

An attorney for Colley, Andrew Jezic, is maintaining his client’s innocence and noted that he plans to plead not guilty.

“He’s been a police officer in good standing,” Jezic said. “He’s had no discipline issues on the job. He’s someone that appears to be widely supported by his colleagues on the force, and he has no record. He has been married to a scientist for 12 years.”

Jezic said the couple had been together for 10 years and that Harper was their only child.

As WaPo reports, Jezic said that his client was caring for his daughter in the hours before she was injured and that nothing seemed abnormal. Jezic said that he did not know what happened to the girl and that they were awaiting more details from prosecutors.

On Tuesday, Jezic said his wife and neighbor testified on his behalf at the bond hearing. However, the evidence appears to be so overwhelming that the judge still set the bond at $100,000. There has not yet been a date set for Colley’s trial.

While Colley certainly deserves due process and his day in court to plead his case, officers abusing their own children is not an uncommon scenario.

Earlier this month, TFTP brought one recent example of this, as a police sergeant in Seattle was found guilty for the repeated rape and molestation of his own daughters.

According to the court documents, this vile top cop routinely raped his older daughter, known in court papers as A.B., about five times a week and also molested his younger daughter, C.A. Luckily, this abusive cop was taken off the streets for a very long time.