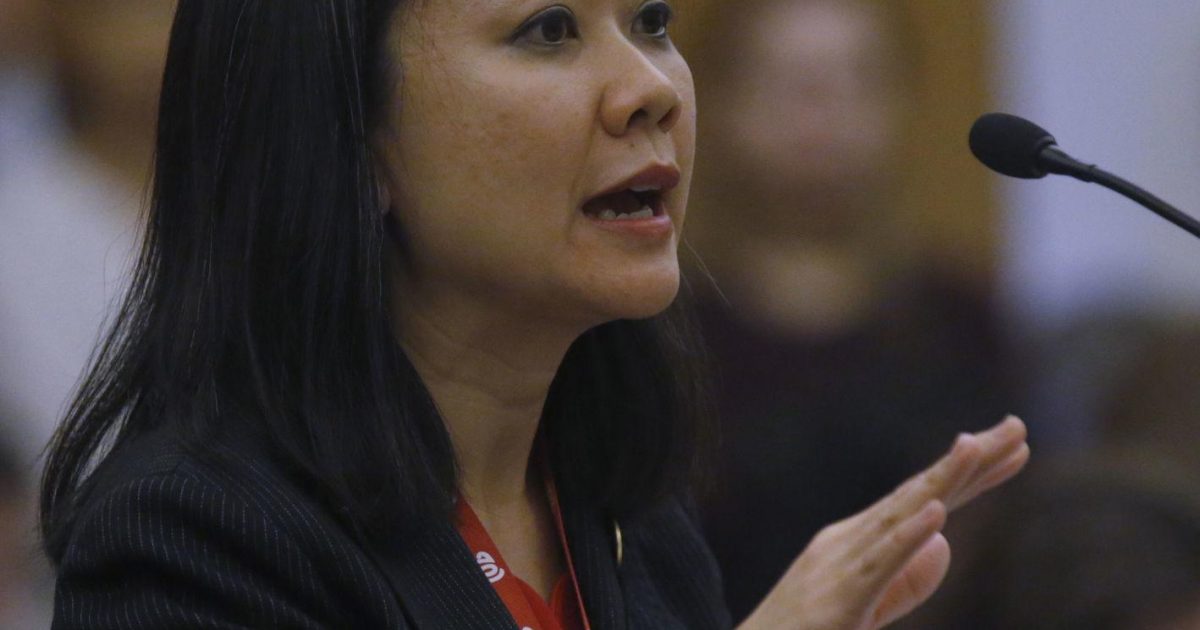 Sometimes, you have to wonder if some of these people have lost their minds. One thing is for sure, they have definitely seared their consciences. On the heels of New York’s unlawful baby murder “law,” Delegate Kathy Tran (D) of Virginia is sponsoring a bill that would repeal third-trimester abortions, including during delivery.

A new bill proposed in the Virginia legislature would loosen restrictions on abortions during the third trimester of pregnancy, and allow abortions during the second trimester to take place outside hospitals. Virginia’s governor, Democrat Ralph Northam, stirred controversy on Wednesday when he suggested how such a late-term procedure could occur.

Under current Virginia law, abortions during the third trimester require a determination by a doctor and two consulting physicians that continuing the pregnancy would likely result in the woman’s death or “substantially and irremediably” impair her mental or physical health.

The bill, proposed in the Virginia House of Delegates by Democrat Kathy Tran, would require only one doctor to make the determination that the pregnancy threatens the woman’s life or health. The proposed legislation would also eliminate the requirement that abortions during the second trimester be performed in a state-licensed hospital.

Republicans narrowly control the House of Delegates, so the bill is unlikely to pass anytime soon. A subcommittee voted to table the bill in a 5-3 vote Monday.

Proponents of the Virginia legislation argue the bill, which is similar to a law recently passed in New York, is needed to protect women’s health. But opponents argue late-term abortions are rarely medically necessary, and the Virginia bill has provoked a swift backlash from conservatives. But that response was compounded by comments Northam made on WTOP radio Wednesday when asked about the bill.

This has absolutely nothing to do with women’s health. On the one side, it is about women’s convenience to not accept the responsibility of a child. On the other side, it’s all about money: Money to abortion mills, paid hit men, the nurses who are their accomplices in murder, the now “legalized” baby parts trafficking business and even the food industry, which is serving Americans their children in the foods they eat.

Tran, who barely survived a boat ride as a baby from Vietnam to the States as a refugee, apparently has no regard for human life despite God sustaining her’s while she was a baby.

Interestingly enough, she is a mother of four. What mother would support this kind of murder of infants?

In fact, one person on Twitter showed a picture of her with one of her children and wrote, “it’s absolutely ultra hilarious that the Virginia GOP is trying to slam Kathy Tran, who famously was sworn in holding her immensely cute baby and kept her at her side through the *entire* General Assembly last year, as a baby-hating demon lady.”

I’m not really sure that she is a “baby-hating demon lady,” but it’s clear that she has no regard for some life, and that’s how I responded.

I don't think she is a baby hating demon lady, she just supports the beheading, dismemberment, burning and murder of babies, including during the time of birth. She just doesn't love all life, just some.

Additionally, she has worked for the Department of Labor and on various immigration issues.

Republicans rightly shared a video of Tran backing late-term baby murders while Democrats ran cover calling it an “orchestrated ambush.” Ambush? I thought Democrats were all for baby murder. Shouldn’t you have embraced this and said, that’s exactly right, we do support this? Hypocrites!

And watch her get caught when questioned just how far she was willing to go to murder a helpless baby because of the non-existent threat to the woman’s life.

The text of the bill says that “measures for life support for the product of such abortion or miscarriage shall be available and utilized if there is any clearly visible evidence of viability.”

Here’s the key portion of the bill with Tran’s proposed changes:

Here’s how the conversation went during questioning:

House Majority Leader Todd Gilbert, R-Shenandoah, asked: “How late in a pregnancy would your bill apply if a physician was simply willing to certify that the continuation of a pregnancy would impair the mental health of the woman? How late are we talking about?

“So the way the suggestion that we’ve made in the bill is to say it’s in the third-trimester with the certification of the physician,” Tran said.

Gilbert: “So how late in the third trimester would you be able to do that?”

Gilbert: “To the end of the third trimester?”

Tran: “I don’t think we have a limit in the bill.”

Gilbert: “Where it’s obvious that a woman is about to give birth. She has physical signs that she is about to give a birth. Would that still be a point where she could request an abortion if she’s so certified… she’s dilating.”

Tran: “Mr. Chairman that would be a decision that the doctor, the physician, and the mother would make at that point.”

Gilbert: “I’m asking if your bill allows that.”

Gilbert: “I could have said a week from her due date and that would be the same answer correct?”

Gilbert: “You substantially changed the standard by removing a couple words, correct?”

Gilbert: “What type of mental health conditions would you anticipate would be utilized by physicians under these circumstances to determine that a child that is otherwise viable is worthy of an abortion?”

Tran: “You know, again I’m not a physician so I can’t make those calls as to when a physician would determine that a woman’s mental health where they would be able to certify an abortion at that point.”

Gilbert: “But the doctor, the physician, wouldn’t have to have any specialized training in mental health to make that determination under your bill, right?”

Of course, Governor Ralph Northam was blasted after he defended the bill but doubled down on it.

Northam, a former pediatric neurologist, was asked about those comments and said he couldn’t speak for Tran, but said that third-trimester abortions are done with “the consent of obviously the mother, with consent of the physician, multiple physicians by the way, and it’s done in cases where there may be severe deformities or there may be a fetus that’s not viable.”

The intent of his comments was not clear. But some conservative commentators and lawmakers took his remarks to mean he was discussing the possibility of letting a newborn die — even “infanticide.”

“This is morally repugnant,” Sen. Ben Sasse, R-Neb., said in a statement to National Review. “In just a few years pro-abortion zealots went from ‘safe, legal, and rare’ to ‘keep the newborns comfortable while the doctor debates infanticide.’ I don’t care what party you’re from — if you can’t say that it’s wrong to leave babies to die after birth, get the hell out of public office.”

“No woman seeks a third trimester abortion except in the case of tragic or difficult circumstances, such as a nonviable pregnancy or in the event of severe fetal abnormalities, and the governor’s comments were limited to the actions physicians would take in the event that a woman in those circumstances went into labor. Attempts to extrapolate these comments otherwise is in bad faith and underscores exactly why the governor believes physicians and women, not legislators, should make these difficult and deeply personal medical decisions.”

This is not about politics! This is about life! It’s about dehumanizing a little person made in God’s image, a brother or sister of the human race and one whose right to life is being violated through a criminal act where the mother, doctors and politicians have conspired against the unarmed, helpless child.

New York is going to bring a severe judgment upon itself. Virginia might be quick to follow. Don’t think God does not see what these people are doing, and he will avenge.