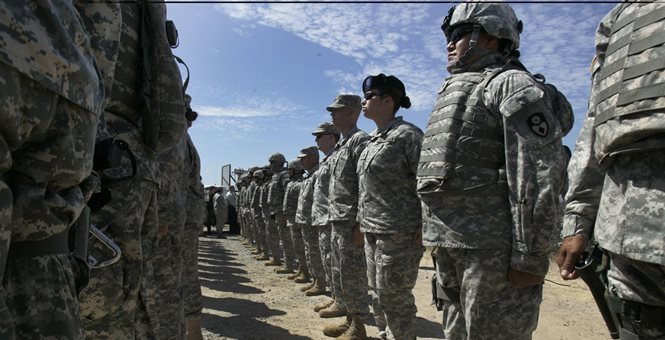 Of course the Democrats can’t accept that.

So what do they do?

Virginia Democrats now think they can call in the National Guard to seize guns.

We here at Bearing Arms have offered a lot of support for Virginia’s sanctuary counties. While Cam has written extensively on the subject, I’ve also covered it in various posts. We both stand firmly with sanctuary counties. The continued encroachment on our Second Amendment liberties has to end somewhere, somehow, and the sanctuary movement is a dandy way to address it.

However, I also understand that not everyone agrees with me on that front. Most of those are anti-gunners who typically ignore immigration sanctuary cities as if they’re a non-factor, but see this as the most horrible thing in the world.

A lot of those anti-gunners got elected or re-elected to office in the state of Virginia, though. Now, they’re looking to ramp things up against those defiant localities.

Democratic lawmakers on Capitol Hill say local police who do not enforce gun control measures likely to pass in Virginia should face prosecution and even threats of the National Guard.

After November’s Virginia Legislature elections that led to Democrats taking control of both chambers, the gun control legislation proposed by some Democrats moved forward, including universal background checks, an “assault weapons” ban, and a red flag law.

This, of course, led to the sanctuary movement. While some in more urban areas of Virginia support gun control, a lot don’t and they wanted to make damn certain Richmond knows it.

They also don’t want to see further encroachment on their constitutional rights.

Virginia Democratic officials, however, already say local law enforcement supporting these resolutions will face consequences if they do not carry out any law the state Legislature passes.

“I would hope they either resign in good conscience, because they cannot uphold the law which they are sworn to uphold, or they’re prosecuted for failure to fulfill their oath,” Democratic Virginia Rep. Gerry Connolly told the Washington Examiner of local county police who may refuse to enforce future gun control measures. “The law is the law. If that becomes the law, you don’t have a choice, not if you’re a sworn officer of the law.”

Democratic Virginia Rep. Donald McEachin suggested cutting off state funds to counties that do not comply with any gun control measures that pass in Richmond.

“They certainly risk funding, because if the sheriff’s department is not going to enforce the law, they’re going to lose money. The counties’ attorneys offices are not going to have the money to prosecute because their prosecutions are going to go down,” he said.

How can anyone take Democrats seriously these days?

Is “Shall NOT Be Infringed” such a hard concept to understand?

We all know what will happen here.

As this story circulates Virginians will buy more guns AND find more creative ways to hide them.

But in typical Democrat fashion, let’s go ahead and give a warning that could potentially lead to bloodshed.

If you think they can get anywhere near 100% compliance from National Guard troops then you were probably going to vote for Beto.

I was really looking forward to that.

Too bad he was too moderate for Democrat voters.

What a bunch of jackasses.

Now we know why they use a donkey for the party symbol.

I always thought it was to honor Bill Clinton’s sexcapades.