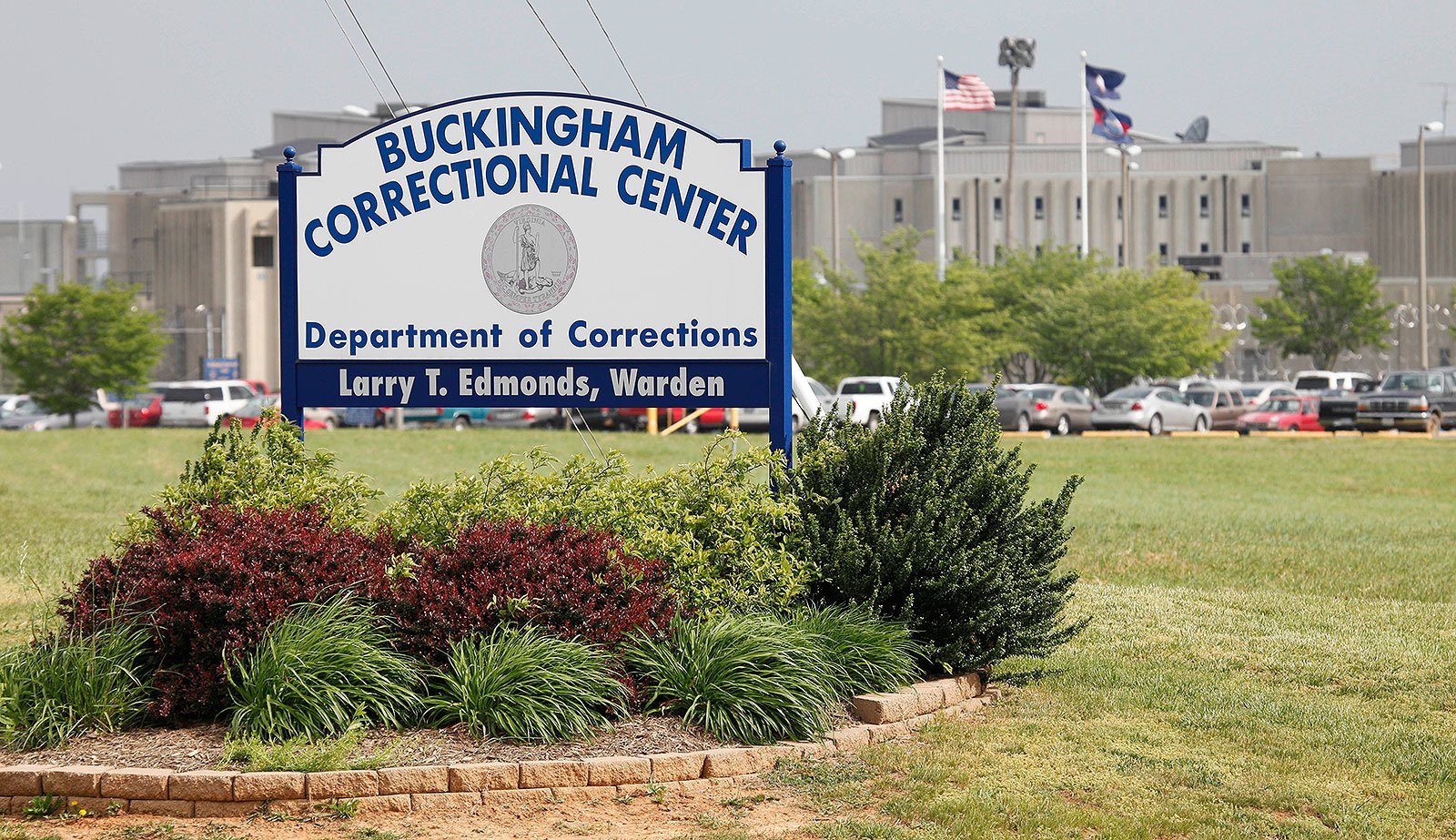 Nothing says holidays like a pre-visit strip search for children.

Yep, you read what you thought you did.

An 8-year-old girl visiting her father at Buckingham Correctional Center in Dillwyn before Thanksgiving was subjected to a shocking act of abuse by prison guards. According to the child, she was convinced she wouldn’t be allowed to see her dad unless she submitted to a complete strip search. (I’ve written before about how terribly easy it is for people to manipulate children.)

An 8-year-old girl was stripped naked and searched by Virginia Department of Corrections staff after she was led to believe refusal would result in not being allowed to see her father.

State policy allows for such searches at the Buckingham Correctional Center in Dillwyn, about 60 miles west of Richmond, and other state DOC prisons. The girl was accompanied by her father’s girlfriend, who is not her legal guardian. If they refused to be searched, they could have been banned from the prison. (source)

Reports say that the K-9 at the facility “alerted” to the father’s girlfriend. Initially, the child was not going to be searched but after consultation with the captain, the decision was changed.

That’s right. This wasn’t just a couple of guards behaving badly or using horrendous judgment. They were hesitant, asked what they should do, and were told to do it by their superior. A spokeswoman for the prison said, “that the staff member who approved the search didn’t have that authority.”

And the story might never have gotten out if the little girl hadn’t been upset and texted her mother.

As part of its original report, The Virginian-Pilot published a series of text messages it says are between the girl and her mother following the incident.

The texts, dated Nov. 24, started with the girl saying she was angry the jail made her take off her clothes and how it made no sense to her.

Her mother shot back a text saying: “What call me.”

In later texts, the mother asks, “Did they make you take your pants off ?” The girl responds, “Yes all of my clothes off.” (source)

The child’s mother said she already suffers from bipolar, depression, and ADHD. I’m sure this will not help matters for her.

The prison is really sorry, but those really are the rules.

In a statement that actually upholds the original story, a spokeswoman for the prison said they’re sorry. (Emphasis mine.)

In an email to NPR Friday, Lisa Kinney, the director of communications for Virginia Department of Corrections said “we sincerely apologize to this child and her family.”

Kinney explains that Virginia’s protocol states “only a parent or legal guardian can approve a search of a minor.”

Peerman, who signed the consent form for the girl, was neither.

“The staff member who authorized the search of the minor following a K-9 alert didn’t have the authority to do so. We take this matter very seriously and … will be taking immediate disciplinary action against the person responsible,” Kinney wrote.

She noted that strip searches are requested after a K-9 has “alerted on a visitor” but visitors have the option to refuse the search and leave the premises. (source)

So while they apologize, it was true that if the little girl had not allowed this heinous invasion, she wouldn’t have gotten to see her dad for Thanksgiving.

The legal team for the ACLU took a look at the policy and, yes, it means exactly what everyone thought it meant. Had the little girl said no, she wouldn’t be able to visit her dad. And the father’s girlfriend was likewise told to sign a document she didn’t have the authority to sign.

The DOC policy on employee, visitor and offender searches states: “If a visitor refuses to submit to a search, or if a parent or guardian refuses consent for the search of a minor, the individual shall not be searched by force, but shall be denied entry into the facility.”

ACLU of Virginia lawyers have examined the policy and interpret it to mean just what Peerman assumed that day.

“We would characterize that as a highly coercive policy,” said Bill Farrar, director of strategic communications for ACLU of Virginia.

Peerman says that when she was told the girl must strip and realized her lack of options, she cried.

The girl looked at her and asked what being strip searched meant.

“I told her, that means you have to take all of your clothes off or you’re not going to be able to see your dad,” Peerman said. “That’s when she started crying.”

Peerman said she told the DOC captain and other corrections officers that she was not the girl’s legal guardian. They told her she had to sign the consent form anyway.

Performing the search without a legal guardian’s consent is a clear violation of DOC policy, which states, “Searches shall be conducted on a minor (person under 18 years of age — not emancipated) only with the consent of and in the presence of the minor’s parent or legal guardian.” It also states that if they are not accompanied by a legal guardian and there is “reasonable belief to strip search a minor” that they should not be allowed to visit. (source)

The humiliating search found no contraband.

By the time two female corrections officers took them to a bathroom, the girl had stopped crying and was resigned to taking her clothes off.

First Peerman was searched — taking all of her clothes off before being told to bend over and cough. Then it was time for the girl.

After taking off her clothes and also being asked to bend over and cough, she was slowly handed back her clothing, piece by piece. One of the corrections officers asked, “How old are you, sweetheart?”

“I just looked at her and I’m like, ‘That’s not even appropriate to be asking her right now,’ ” Peerman said. “Why would you ask that when she’s naked?” (source)

No contraband was found on Peerman or the child. Peerman’s vehicle was also searched, to no avail. And after all of this, despite finding nothing, they were only allowed to see the child’s father through the glass.

The girl’s mother called the prison and says that the captain “cursed” at her and “hung up on her.”

Governor Northam, of whom I’m usually not a fan, responded with the appropriate level of shock and suspended the policy.

I am deeply disturbed by these reports—not just as Governor, but as a pediatrician and a dad. I’ve directed @VaPSHS to suspend this policy while the Department
conducts an immediate investigation and review of their procedures. https://t.co/7VwO7pApUn

Hopefully, policies that allow for the abuse and humiliation of children won’t just be suspended, they’ll be totally eradicated.

We may not have heard the last from the ACLU on this matter.

The ACLU is rightfully outraged.

No child should ever be subjected to invasive, humiliating, traumatizing strip searches carried out by strangers to see their loved one in prison.

Those responsible must be held accountable & VDOC policy must be changed so this never happens again. https://t.co/mwf5vb4KDs

Prisons are notorious for coercive behavior, but this was not an inmate. The very idea of this happening to a child makes my blood boil.

Do you believe that corrections officers should be able to coerce children into invasive searches to prevent potential contraband from entering prisons? What is your reaction to this story?

Daisy Luther is a coffee-swigging, globe-trotting blogger who writes about current events, preparedness, frugality, voluntaryism, and the pursuit of liberty on her website, The Organic Prepper. She is widely republished across alternative media and she curates all the most important news links on her aggregate site, PreppersDailyNews.com. Daisy is the best-selling author of 4 books and runs a small digital publishing company. You can find her on Facebook, Pinterest, and Twitter